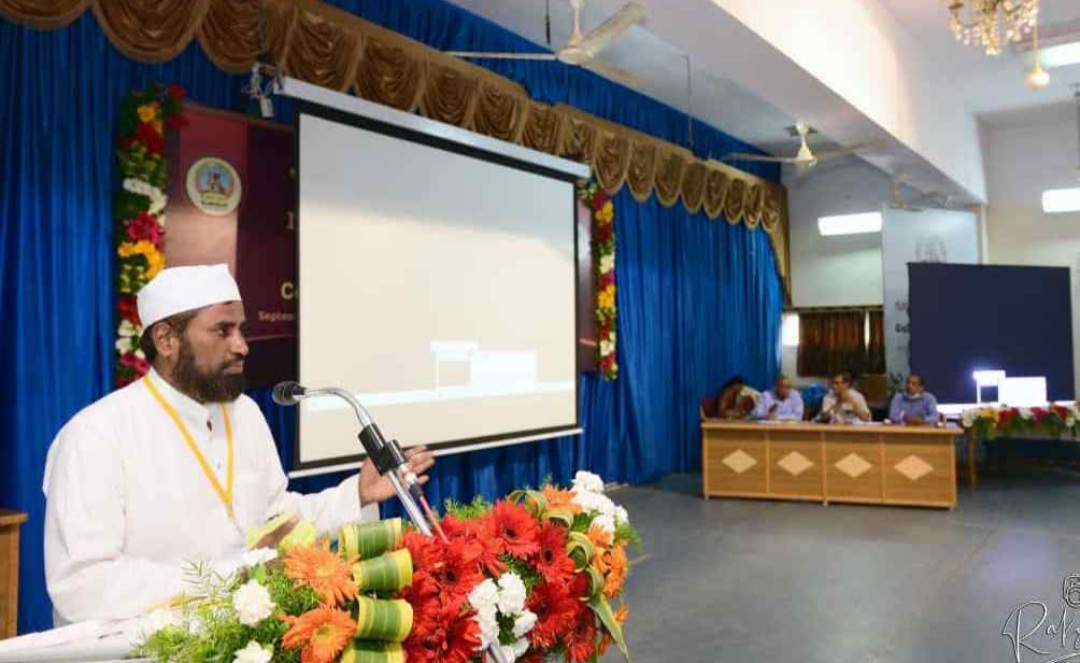 Gulbarga ( Karnataka) : At an international library conference, noted Aurangabad based Urdu activist and President of Read and Lead Foundation, Mirza Abdul Qayyum Nadvi has stunned the library experts by presenting the idea of low-cost library scheme which he  called as “Micro Library, Micro Funding”.

He was speaking at  the two-day International Conference on  “Visualizing Librarianship in the 21th century’, Connecting Minds and Creating Future,”  held at the Gulbarga University here.

Sharing his experiences, Mirza Nadvi said merely a budget of Rs. 10,000/ is quite enough  to set up a well-equipped  Mohalla library  with useful informative  books for children  which can be opened at housing societies, complexes, schools,  and religious places. From where he got this idea, he said his school going daughter Maryam Mirza’s dreamt of opening a Mohalla Library for children in his locality who were killing their time during the last lockdown.  He realized his daughter’s dream and opened the first library in his own locality in the historic Aurangabad city. Now this experiment has caught the imagination of book-loving people and inspired others to follow the suit. Mirza Nadvi highlighted the efforts of his daughter Maryam Mirza who became a pioneer in the country to launch Mohalla Libraries for children.

She launched the first children’s neighborhood library with her own 300 books and in a short span of just eight months, 19 neighborhood libraries have sprung up in the city, he said. The participants of the conference lauded and praised Maryam for her movement.

Mirza Nadvi was especially invited by the Indian Library Association, Delhi to address the conference. It was 66th annual conference of the Indian Library Association organized in collaboration with Gulbarga University and other organizations. The Conference assured Mirza Nadvi of all help in his daughter’s mission of spreading knowledge through libraries.