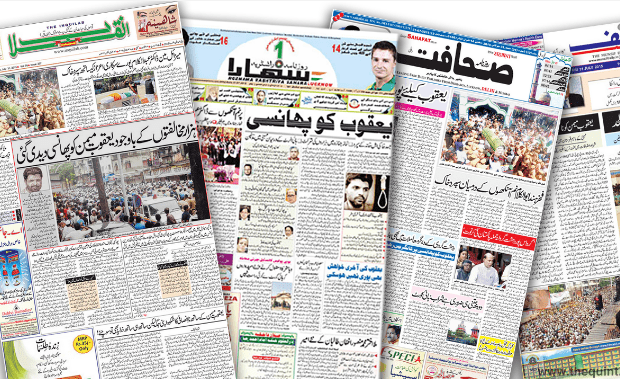 Most of the newspapers hailed the resisting farmers saying that the latter “busted the Narendra Modi government’s illusion” that people would, willingly or unwillingly,  fall to its diktat. Rashtriya Sahara Urdu editorial (January 22) suggested the Centre for “honest and meaningful engagement” with farmers instead of “attempting to drag Supreme Court” to end the deadlock. On the other hand, Inquilab edit (January 21) stated that Modi government seemingly bowed against the farmers’ demand of complete prostration. In short, all edits/articles in papers like Hindustan Express, Akhbar-e-Mashriq, Sach Ki Awaz, Tasir, Mera Watan and Hamara Samaj mocked the muscular government of Narendra Modi for losing its spine against the undeterred and unrelenting peasants. However, some Muslim bodies, through press statements, shun vicarious pleasures being taken by a misconstrued section of society out of the impasse even as they drew attention of the media and BJP government for showing double standard in treating the protest against the citizenship regime.

The Arnab Goswami episode was covered almost on daily basis ever since his WhatsApp chat with Parthodas Gupta, former CEO of Broadcast Audience Research Council (BARC), was leaked. While no paper carried article/edit, mostly carried headlines depicting the episode as if it confirmed the apprehension of the sane people, including Muslim community. The newspapers, however, took serious note of the “leak” vis-à-vis Balakot strikes with many carrying stories basing their views on a Times Now programme (21 January) where kith and kin of the soldiers killed in Pulwama were terming “barking TV anchor” as “disgraceful creature”.

An air of discomfort on President’s donation for Ram temple

No paper gave much coverage to the news of President Ram Nath Kovind’s donating of Rs 5 lakh for Ram temple’s construction, but many tweaked their headlines to depict the “unwarranted” action of the President holding the highest constitutional position of the secular democratic republic. In Inquilab (January 21), Masoom Moradabadi take a jibe at RSS for creating “another furore” in the name of collecting fund for temples. He, however, urged Muslims to “show foresightedness, calm and do not get provoked”.

All the newspapers carried edits on Joe Biden’s ascendency to the White House, expressing hope that his presidency would undo all the wrongs done by Donald Trump. Notably, his decision to reverse immigration ban imposed on 13 mostly Muslim-majority countries was welcomed. Rashtriya Sahara Urdu (January 21) hailed Biden’s move to give key roles to 20 Indian-origin into his administration. Similarly, Hindustan Express edit though did not elaborate much on Biden’s administration yet ended in happy note. Writing on Trump, Shakil Hasan Shamsi’s column implied that “arrogant leaders are either forgotten or face humiliation”.

The writer is a media analyst and has

worked on editorial positions for several news organisations, including The Statesman and The Hindustan Times.