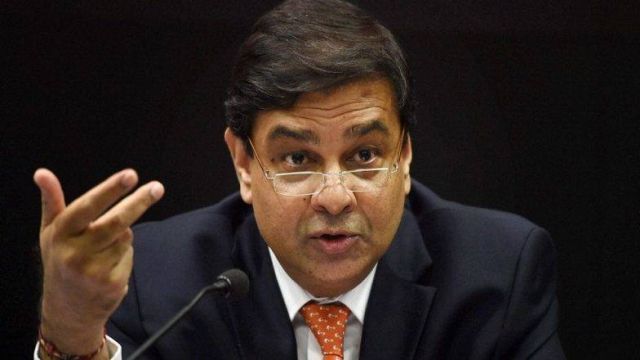 Mumbai : Reserve Bank of India (RBI) Governor Urjit Patel resigned on Monday with immediate effect, citing “personal reasons”, setting of a major crisis in India’s politico-economic sphere, even as his various predecessors hinted that the move was rooted in the recent controversy involving the government and the central bank.

Patel’s resignation comes in the backdrop of the ongoing tiff between the government and the central bank over the liquidity and credit crunch in the economy that provoked an extraordinary meeting of the RBI board on November 19.

“On account of personal reasons, I have decided to step down from my current position effective immediately,” Patel said in a brief statement released by the RBI.

Patel had taken charge as Governor on September 4, 2016, for a three-year term, following Raghuram Rajan’s decision not to seek a second term which had almost become the norm with earlier Governors.

The historic tensions in government-central bank relations were reignited in October when, in a public lecture, RBI Deputy Governor Viral Acharya talked about the independence of the Reserve Bank, arguing that any compromise could be “potentially catastrophic” for the economy.

The government responded with the Finance Ministry seeking discussions with the central bank under the never-used-before Section 7 of the RBI Act which empowers the government to issue directions to the RBI Governor, who then summoned a meeting of the bank board.

The government’s differences with the RBI centres on four issues – it wanted liquidity support to head off any risk of a credit freeze, a relaxation in capital
requirements for lenders, relaxing the prompt corrective action (PCA) rules for banks struggling with accumulated non-performing assets (NPAs or bad loans) and support for micro, small and medium enterprises.

The RBI’s central board has 18 members, which includes the Governor and his four deputies as full-time official directors, while the rest have been nominated by the government, including the Economic Affairs and Financial Services Secretaries.

Prime Minister Narendra Modi met with Patel before the board meeting and what emerged on November 19 was seen as settling the debate on the central bank’s autonomy and clearly establishing the government as a stakeholder in policy making.

On the issue of reserves, the RBI board decided to form an expert committee to examine its economic capital framework, which will decide the amount of reserves it can maintain, handing over the balance to the government.

On the matter of relaxing the PCA norms for banks with bad loans, it decided that the issue will be examined by the RBI’s Board for Financial Supervision.

Eleven of the 21 state-run banks are under the PCA framework, while NPAs accumulated in the Indian banking system have touched a staggering Rs 12 lakh crore.

“The RBI-government fight has been pushed down, abated for now and postponed, but the NPAs issue continues to remain,” Sudipto Mundle on the Board of Governors of the National Institute of Public Finance and Policy had said following the RBI board meeting.

Describing Patel’s resignation as a statement of protest, former RBI Governor Raghuram Rajan said the government needs to understand what prompted the exit.

“It’s probably only the second resignation in RBI’s history, may be the first explicit resignation, and therefore we have to look at the circumstances that have led to it. It’s a statement of dissent and the government has to be very careful in dealing with it…so that the autonomy of the institution as well as the credibility is preserved,” Rajan told a news channel.

He said the act of resignation is the “ultimate weapon” in a government appointee’s portfolio and they do not exercise it lightly.

“To that extent we must look at this decision and understand why Dr Patel, who was appointed by this government, essentially exercised this particular option,” he added.

Another former RBI Governor, C. Rangarajan, worried about the fallout of Patel’s quitting on the market.

“It is saddening since the resignation of RBI Governor will have its impact on the financial market. Though he (Patel) has cited as personal reasons for quitting, obviously there must have been some other reasons for his resignation,” Rangarajan said.

Congress President Rahul Gandhi said Patel’s quitting is a sign that the government is getting increasingl desperate.

“The government is taking measures that are dangerous for our country. The RBI Governor has resigned because he is protecting the institution of the RBI and he is not able to function. Taking away the reserves from the RBI to save your skin is an act that is against this nation,” he said.

Asked about the government-RBI tiff, former Chief Economic Advisor Arvind Subramanian told reporters here on Saturday that the central bank’s autonomy must be protected because the country will benefit from strong institutions.

“I have myself advocated that RBI should play a pro-active role, but its surplus funds should not go towards routine financing of spending and deficit financing — that would amount to raiding the RBI,” he added.

On the RBI board, with a majority of government nominees, the former CEA said: “I think that part of maintaining a real autonomy is not to politicise the board. The board should not be politicised. Not only it must not be done, it must not be seen to be done either.”