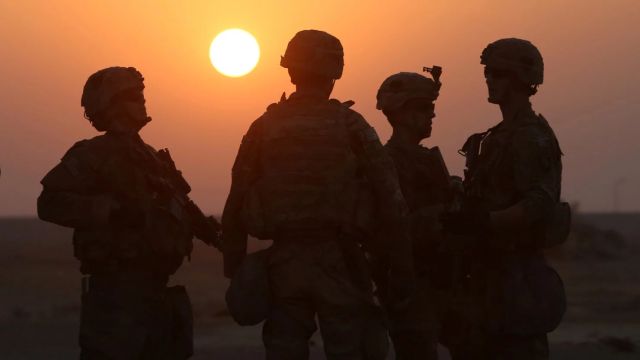 Washington : US President Donald Trump’s new National Defense Strategy is insufficiently resourced and Washington runs the risk of a military defeat by China or Russia, according to a report by a congressionally mandated panel of bipartisan experts.

The warning comes as the administration was weighing a possible cut to the defence budget following a major boost in fiscal years 2018 and 2019, CNN reported.

While the report released on Wednesday applauded the administration for focusing more on Russia and China as opposed to counterterrorism missions in places like the Middle East, it slammed the administration’s strategy for not explaining how the goals of that strategy will be met.

“The (National Defence Strategy) too often rests on questionable assumptions and weak analysis, and it leaves unanswered critical questions regarding how the US will meet the challenges of a more dangerous world,” the report said, criticizing the lack of investment and organisational changes to reinforce the new strategy.

“The Commission assesses unequivocally that the NDS is not adequately resourced,” the report said, adding that “available resources are clearly insufficient to fulfil the strategy’s ambitious goals, including that of ensuring that DOD (Department of Defence) can defeat a major power adversary while deterring other enemies simultaneously”.

While the US was projected to spend some $716 billion on defence in fiscal year 2019, military officials told CNN that the administration was considering cutting that number to $700 billion in the following year.

The 12-member commission of experts, which was led by former Under Secretary of Defence for Policy Eric Edelman and former chief of naval operations, retired Adm. Gary Roughead, was mandated in the National Defence Authorization Act of 2017, which charged it with conducting an independent, non-partisan review of the 2018 National Defence Strategy.

In response, the Pentagon said “welcomes the release of the report by the Commission”, saying that it “affirms the strategic direction set out on the National Defence Strategy, as well as its key priorities”.

The statement did not address the report’s criticisms of the strategy but said the Defence “Department will carefully consider each of the recommendations put forward by the Commission as part of continuing efforts to strengthen our nation’s defence, and looks forward to working with the Commission and the Congress to do so”.