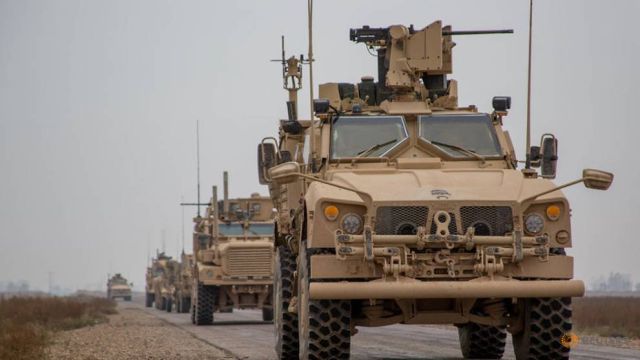 Washington : The Donald Trump-led US administration announced that it has started returning US troops home from Syria after claiming a victory in the fight against the Islamic State (IS) without revealing any detailed timetable.

“We have started returning US home as we transition to the next phase of this campaign,” said White House Spokesperson Sarah Sanders in a statement on Wednesday, claiming that America has “defeated the territorial caliphate”.

Pentagon later echoed the White House claim, saying that the US military has already begun the process of bringing the US forces back while emphasizing the continuity of the campaign, Xinhua news agency reported.

“The Coalition has liberated the IS-held territory, but the campaign against IS is not over,” Pentagon spokeswoman Dana White said in a tweet.

All US State Department personnel are being evacuated from Syria within 24 hours, informed sources said.

An official also revealed that the time-frame for the troops withdrawal from the war-torn Arab country is expected to be between 60 and 100 days.

However, a senior Trump administration official, during a background briefing held on Wednesday afternoon, did not directly answer reporters’ questions on how the administration intends to withdraw the troops or whether there will a deadline for that.

Sanders’ statement came about one hour after US President Donald Trump hinted in a tweet about imminent US troop withdrawal from Syria.

“We have defeated the IS in Syria, my only reason for being there during the Trump Presidency,” Trump tweeted on Wednesday morning.

Earlier on Wednesday, the US media cited anonymous officials as saying that the US is planning a “rapid” and “full” withdrawal of troops from Syria.

Currently, there are more than 2,000 US soldiers deployed in Syria.

Trump has long voiced his desire to bring the US troops back home when possible, while senior administration officials including Defence Secretary James Mattis have advocated for a longer-term military deployment in Syria to secure a victory against the IS.

Meanwhile, the Trump administration’s claim about victory against the IS has been questioned.

“I strongly disagree. It has morphed into other forms of extremism and the threat is very much alive,” tweeted British Defence Minister Tobias Ellwood, following Trump’s claim on the social media.

“An American withdrawal at this time would be a big win for IS, Iran, Bashar al Assad of Syria, and Russia,” the lawmaker from the state of South Carolina said in a statement on Wednesday.