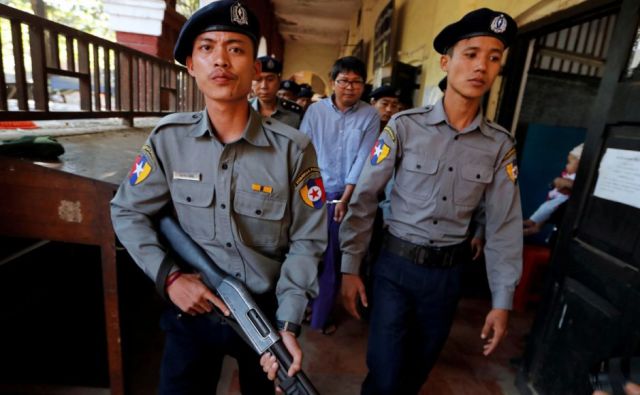 Singapore : US Secretary of State Mike Pompeo on Saturday called for the immediate release of two Reuters reporters detained in Myanmar for probing the persecution of the ethnic Rohingya Muslim minority in Rakhine state.

Pompeo said on Twitter that he spoke to Myanmar’s Foreign Minister Kyaw Tin during a meeting of the foreign ministers of the Association of Southeast Asian Nations (Asean) and its partners in Singapore, reports Efe news.

“Today at @ASEAN ministerials, I spoke with #Burma’s Minister Kyaw Tin and raised US concerns about 2 @Reuters reporters detained in Burma for doing their job. They should be released immediately,” Pompeo tweeted.

Wa Lone and Kyaw Soe Oo have been charged with securing state secrets illegally, for which they could face up to 14 years in prison.

The reporters were detained in December and a Myanmar court officially charged them on July 9 for breaching the archaic Official Secrets Act of 1923.

The reporters were investigating systematic attacks by the Myanmar army on Rohingya villages since August last year.

The offensive – that began after a series of attacks on government posts in the region by Rohingya rebels – had led to the exodus of 700,000 members of the community to Bangladesh, where they currently live in overcrowded refugee camps.