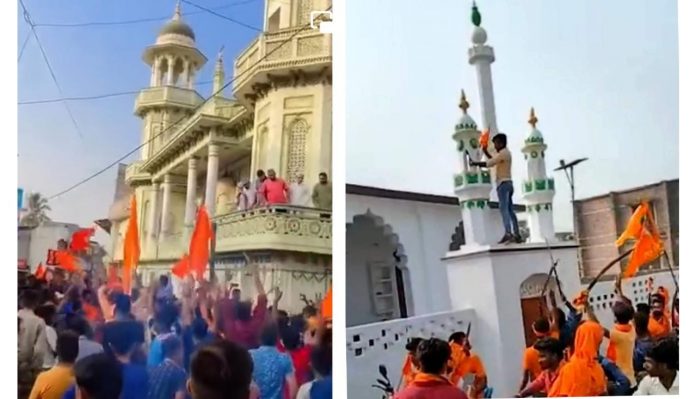 The commission recommended, for the third year in a row, that India be designated a ‘Country of Particular Concern’ (CPC) , i.e., the category of governments performing most poorly on religious freedom criteria, saying religious freedom conditions in India had “significantly worsened“ in 2021.

The Indian government has not accepted the CPC recommendation for India for the past two years, accusing the commission of being biased.

“During the year, the Indian government escalated its promotion and enforcement of policies — including those promoting a Hindu-nationalist agenda — that negatively affected Muslims, Christians, Sikhs, Dalits, and other religious minorities,” the report said.

“The government continued to systemize its ideological vision of a Hindu state at both the national and state levels through the use of both existing and new laws and structural changes hostile to the country’s religious minorities.”

The section on India of the report said that the government had “repressed critical voices”, especially minority communities and individuals reporting on them. It also mentions the arrest of Human Rights activist Khuram Pervez in Kashmir, and the July 2021 death of octogenarian Father Stan Swamy, arrested in October 2020 under the Unlawful Activities Prevention Act (UAPA).

The report also talks about the m challenges faced by the Non Governmental Organisations (NGOs), especially with regard to foreign funding. It also highlights anti-conversion laws.

“In October 2021, Karnataka’s government ordered a survey of churches and priests in the state and authorized police to conduct a door-to-door inspection to find Hindus who have converted to Christianity,” the report said.

A few weeks ago, at a joint press conference of officials from both countries, U.S. Secretary of State Antony Blinken had said that the U.S. remains concerned about human rights violations in India.