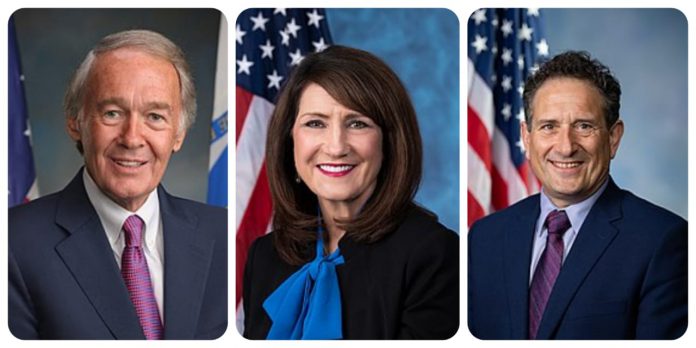 WASHINGTON, D.C—A United States Senator and two members of Congress were among panelists at the International Religious Freedom summit here this week who voiced their concerns about what they describe as Indian government’s promotion of widespread practice of religious discrimination, intolerance and violence.

They were speaking at a panel discussion on “Religious Freedom in India: Challenges & Opportunities,” organised by Indian American Muslim Council, a Washington, DC-based nonprofit that advocates for human rights, religious freedom and civil liberties in the US and India.

“I remain seriously concerned about the Indian government’s commitment to protecting the rights of minorities, including the 200 million Muslims in India,” said US Sen. Ed Markey (D-MA). “The government’s targeting of social and political activities and crackdown on free speech and their religiously motivated discrimination against minorities cannot be viewed in isolation as escalating nationalism threatens to undermine India’s longstanding oath to democratic values. I will continue to stand up for these principles in the United States Senate, and I will encourage India to do the same.”

He added: “India has long had an admirable commitment to pluralism. It is the world’s largest democracy, whose bonds with the American people continue to grow, but the United States is right to speak up and speak out when a fellow democracy and strategic partner fails to protect the rights of all their people.”

US Rep. Marie Newman (D-IL) declared: “In the last seven years, hundreds of Muslims just walking down the street have been attacked by vigilante mobs, they have been lynched. It is a travesty of justice, and I am horrified by it.”

She noted that acts of violence are not only targeting religious minorities, but social and political activists, lawyers, journalists and students.

“Our own report from the US Department of State, released by Secretary Blinken in 2020, speaks at length about the persecution of India’s Muslims and Christians. The report said, and I quote, ‘there were reports of religiously motivated killings, assaults, riots, discrimination, vandalism, and actions restricting the right of individuals to practice and speak about their religious beliefs.’

“India’s equity and standing in the eyes of the world are severely damaged already. Freedom House has downgraded its rating for India’s democracy from being free to partly free. That is heart breaking. Persecution of the entire sections of society especially, when backed by governments, is a recipe for a future filled with disaster. We must do better. We must pressure both our adversaries and our allies to support human rights around the world.”

US Rep. Andy Levin (D-MI), who sits on the House Foreign Affairs Committee and is vice chair of the subcommittee on Asia, the Pacific, Central Asia, and nonproliferation, first visited India in 1978 fresh out of high school. Since then, he has traveled, studied and worked throughout the country.

As a panelist, he expressed sadness that, “The India of Narendra Modi today is not the India I fell in love with.”

Levin referred a report released by the United States Commission on International Religious Freedom released describing Hindu nationalist policies resulting in systemic ongoing and egregious violations of religious freedom. The report describes attacks on religious freedom in India that occurred throughout 2020. From disinformation about the COVID-19 pandemic that targeted religious minorities, to attempts to ban interfaith marriages, to riots in Delhi where more than 50 people died and 200 were injured, most of them Muslims.

“All of these examples are deeply upsetting, but perhaps what is most alarming about this report to me is the fact that these attacks are not new.” Levin declared. “They are part of a pattern we have seen becoming increasingly clear and prevalent under Prime Minister Modi.

“Why would I be so critical and so publicly critical of a country that I love?” he asked. “The answer is it is because I love India that I am committed to ending these attacks on its people. It is because I am so passionate in my support for the vibrant democracy I came to know as a young man, that I want to see that democracy flourish for generations to come.”

Levin pledged to continue to work with the Biden Administration and his Democratic and Republican colleagues to determine how US policy can help bring an end to the abuses in India today.

“And I will hold tight to the belief that India is a democracy and can and will be a democracy for all of its people, one that embraces the human rights and dignity of every single person.”

Escalation in Hindutva violence an outrage against the Indian Constitution