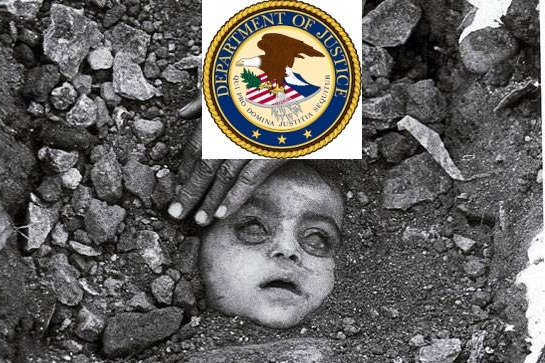 By Pervez Bari, MM News,
Bhopal, May 18: Leaders of the five organizations of the survivors of the 1984 Union Carbide Bhopal gas disaster have informed about an ambitious signature petition launched by their international supporters to make Dow Chemical, owner of the Union Carbide, appear in the criminal proceedings on the disaster in the Bhopal District Court on July 13th, 2016.

Addressing a Press Conference here on Tuesday these organization said that the petition, moved by the International Campaign for Justice in Bhopal, North America on Sunday, May 15th at the website of the White House [https://petitions.whitehouse.gov] calls on the U.S. Department of Justice to serve a notice issued by the Bhopal District Court upon Dow Chemical to appear in the ongoing criminal proceedings in India.

It may be stated here that the United States’ constitution’s first amendment guarantees the right to petition the government. In this context the Obama administration started the “We the People“petitions on the website of the Whitehouse five years back.  As per the current terms of this facility, if the petitioners are successful in collecting 100, 000 signatures from people above 13 years in 30 days, the Obama administration will ensure that the petition gets in front of the appropriate policy experts and will do its best to issue an official response within 60 days.

Meanwhile, the organizations asserted that the US Department of Justice is breaching a fifteen year old Mutual Legal Assistance Treaty between the U.S. and India by refusing to serve the four notices from the Bhopal District Court sent by the Indian Home Ministry. They said that their supporters in USA have garnered support for the petition from a number of US environmental and human rights organizations such as Greenpeace, Pesticides Action Network and Amnesty, and trade unions such as the AFL-CIO and other associations.

According to the Bhopal survivors’ organizations, eminent US citizens including Gary Cohen, one of the ‘Champions of Change’ nominated by the US President in 2013, Martin Sheen, acclaimed Hollywood actor, and activist and Noam Chomsky, Professor at MIT and world renowned academic, have extended their support to the petition.

The organizations expressed hope that the pressure created by the ongoing petition will force the US Department of Justice to serve the notice on Dow Chemical which in turn will have to explain to the Bhopal court why it continues to shelter Union Carbide, a fugitive from justice.

It may be pointed out here that in 2012, the U.S. Department of Justice made BP, one of the world’s leading integrated oil and gas companies, pay $4 billion in criminal fines and penalties for the Deepwater Horizon disaster in which 11 people died. The U.S. Government should play an equally active role in bringing Dow Chemical (Union Carbide’s owner) to justice in Bhopal.”

Statements of some eminent Supporters of Bhopal survivors

Gary Cohen, founder of Health Care Without Harm and one of the White House’s Public Health and Climate ‘Champions of Change’, 2013, has said: “The U.S. government could pressure Dow to do the right thing, but instead the Department of Justice has been shielding Dow and Union Carbide from responsibility for over two and a half decades. And now, a possible merger between Dow Chemical and DuPont is looming. Once again the baton of ownership will pass hands but the liabilities will be ignored – unless we speak up.”

Martin Sheen, Hollywood actor and activist who played Union Carbide’s former Chairman, Warren Anderson, in the 2014 feature film “Bhopal: A Prayer For Rain” has said: “So there are international rules of appropriate behaviour for multinational corporations. Of course, international law has no enforcement power – laws have to be enforced by somebody. Who’s going to enforce them? If the United States doesn’t enforce [the laws], [then] there’s no law.”

Noam Chomsky, Professor at Massachusetts Institute of Technology and Linguist, philosopher, cognitive scientist, historian, logician, social critic, and political activist has said: “It would have been impossible for Union Carbide and Dow Chemical to thumb their noses at India’s courts for three decades without the steadfast support of U.S. officials. The U.S. government is therefore directly responsible for the enormous quantity of avoidable suffering in Bhopal.”  (pervezbari@yahoo.co.in)