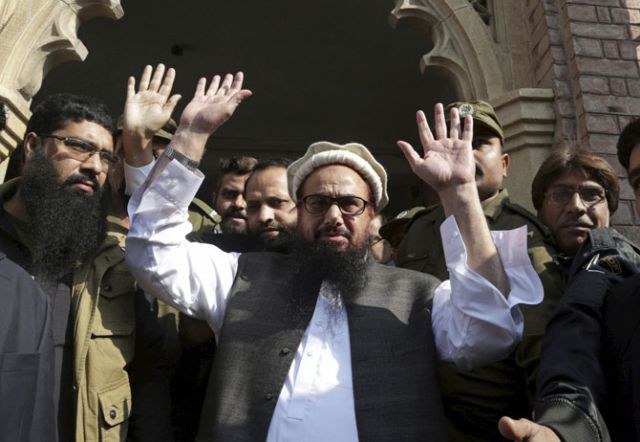 New York : Closing Lashkar-e-Taiba’s (LeT) loopholes, the US has designated its political front, the Milli Muslim League (MML), as well as another front organisation Tehreek-e-Azadi-e-Kashmir (TAJK) as foreign terrorist groups.

Seven members of the MML’s central leadership body were designated as foreign terrorists by Washington on Monday.

The State and the Treasury Departments announced that the MML, which openly campaigns with posters of LeT chief Hafiz Saeed, had been added under LeT’s designation as a “Foreign Terrorist Organization” (FTO) and as a “Specially Designated Global Terrorist” (SDGT) under two different laws.

The Treasury Department said that “all property and interests in property of these persons subject to US jurisdiction are blocked” and US citizens were banned from having any transactions with them.

“Make no mistake: whatever LeT chooses to call itself, it remains a violent terrorist group,” the Department’s Counterterrorism Coordinator Nathan A. Sales said in Washington.

“Today’s amendments take aim at LeT’s efforts to circumvent sanctions and deceive the public about its true character.”

Treasury Under Secretary Sigal Mandelker warned that “those working with the Milli Muslim League, including providing financial donations, should think twice about doing so or risk exposure to US sanctions.

“Treasury is targeting the Milli Muslim League and a group of seven global terrorists who are complicit in LeT’s attempts to undermine Pakistan’s political process,” she added.

The Pakistan Election Commission has rejected MML’s application to be recognized as a political party.

The LeT was responsible for the November 2008 terrorist attack in Mumbai that killed 166 people, including six Americans. It has also killed dozens of Indian security forces and civilians in recent years, the State Department said.

In a bid to avoid US sanctions, LeT began operating under the name TAJK in January last year and carried out terrorist activities under that banner, the State Department said.

The US has demanded the arrest of Saeed, who carries a $10 million US bounty, after he was set free in 2017 by a Lahore court which refused to extend his detention.

US President Donald Trump’s Press Secretary Sarah Huckabee Sanders had warned that failure to act against him “will have repercussions for bilateral relations”.

Genocide Watch, Amnesty International press for US congressional resolution over calls for Muslim genocide in India