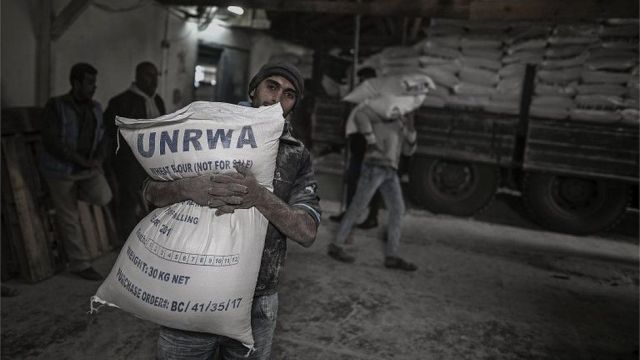 Washington : US President Donald Trump’s administration has decided to end all funding to the UN agency tasked with supporting Palestinian refugees and call for a large reduction in the number of Palestinians considered to be refugees.

A formal announcement with respect to the UN Relief and Works Agency for Palestine Refugees in the Near East (UNRWA), is expected in the next few weeks, a senior administration official told CNN late Friday.

The State Department on Friday described the agency as “irredeemably flawed” and that the US administration has “carefully reviewed” the issue and “will not make additional contributions to UNRWA”.

The US has for long been the biggest individual donor to UNRWA, established by the UN General Assembly in 1949 to take care of hundreds of thousands of Palestinians displaced by the 1948 Arab-Israeli war.

The official told CNN that the decision was made at a meeting between Jared Kushner, US President Donald Trump’s son-in-law and a White House senior adviser and Secretary of State Mike Pompeo, but that US Ambassador to the UN Nikki Haley had also been pushing for the move.

The agency educates about 500,000 children in nearly 700 schools and its doctors see more than 9 million patients in nearly 150 primary health clinics every year.

A spokesman for Palestinian President Mahmoud Abbas said the move was an “assault” against his people, the BBC reported.

A spokesman for UNRWA, Chris Gunness, slammed the US move in a series of tweets.

“We reject in the strongest possible terms the criticism that UNRWA’s schools, health centres, and emergency assistance programmes are ‘irredeemably flawed’,” he wrote.

Friday’s announcement comes after the US said in January that it would withhold $65 million, from an initial instalment of $125 million it was expected to hand over to UNRWA at the start of the year.

Washington said it wanted UNRWA to reform and believed other countries should increase the amounts they contributed to the agency.