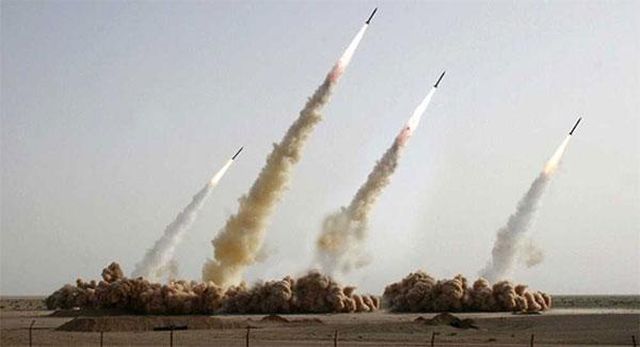 Washington : The US on Wednesday imposed sanctions on an Iran-based person and his network of companies that Washington accused of facilitating Iran in its effort to get materials for its ballistic missile programme.

The Department of the Treasury said in an announcement that the sanctions are imposed after Iran’s missile attack on Erbil, Iraq and an “Iranian enabled Houthi” missile attack against a Saudi Aramco facility earlier this month, as well as other missile attacks by Iranian proxies against Saudi Arabia and the UAE, Xinhua news agency reported.

Specifically, the sanctions targeted an Iranian procurement agent named Mohammad Ali Hosseini and a network of companies, which the Treasury accused him of using to procure ballistic missile propellant and related materials in support of Tehran’s missile program.

The department alleged that Hosseini procured materials for the unit of the Islamic Revolutionary Guard Corps (IRGC) – which is under US sanctions — responsible for research and development of ballistic missiles.

Also hit by the sanctions was PB Sadr Co, a procurement intermediary of Parchin Chemical Industries, which is an element of Iran’s Defense Industries Organization.

The sanctions came as international efforts to revive the 2015 Iran nuclear deal, formally known as the Joint Comprehensive Plan of Actions (JCPOA), was stalled. The Donald Trump administration pulled the US out of the deal.

“While the United States continues to seek Iran’s return to full compliance with the Joint Comprehensive Plan of Action, we will not hesitate to target those who support Iran’s ballistic missile program,” the Treasury’s Under Secretary for Terrorism and Financial Intelligence Brian Nelson said in a statement accompanying the announcement.

Sergei Ryabkov, Russia’s deputy foreign minister, said Wednesday that it will take several more days, or possibly weeks, before an agreement on returning to the JCPOA could be reached, according to Russia’s RIA Novosti news agency.

Also on Wednesday, the Russian Foreign Ministry said in a statement following a meeting in China between the foreign ministers of Russia and Iran that Moscow and Tehran intend to “strengthen cooperation in all areas … despite the illegal restrictive measures introduced against the Russian Federation and the Islamic Republic of Iran by a number of unfriendly countries.”— IANS