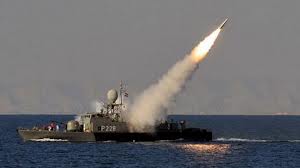 Jerusalem, Feb 22 : Israel and the US started a joint exercise on Sunday focusing on defence against the threat of ballistic missiles, the Israeli army said.

The US European Command and the Israeli Defence Forces (IDF) commenced the exercise known as Juniper Cobra 16 in an eighth of a series of biennial exercises between the two countries since 2001, an IDF spokesperson said.

Overall 1,700 military men and civil contractors are expected to take part in the exercise, which is set to end on Thursday, Xinhua news agency reported.

“This exercise is part of a planned training schedule that seeks to enhance interoperability between the militaries in the context of exercising defensive capabilities,” an IDF statement said.

Although military officials say the drill is not related to any current developments, the US has recently implemented sanctions against Iran over its ballistic missile program, shortly after lifting sanctions over Tehran’s nuclear program upon a deal reached in July 2015.

Israel is currently at the process of finalising a ten-year memorandum of understanding with the US regarding defence assistance. As one of the largest US aid recipient, Israel receives around $3 billion annually in defence aid from Washington.

Whereas both Israel and the US officials stress the strong security-related cooperation, diplomatic relations have been strained in recent years.

Most of the tensions have surrounded the different approaches towards Iran’s nuclear deal which Israeli Prime Minister Benjamin Netanyahu has vocally objected, calling it a “historic mistake”.

The US government has also recently deplored Israel for its policies towards the Palestinians in the occupied territories in the West Bank, and for a wave of right-wing legislation against left-wing organisations.—IANS