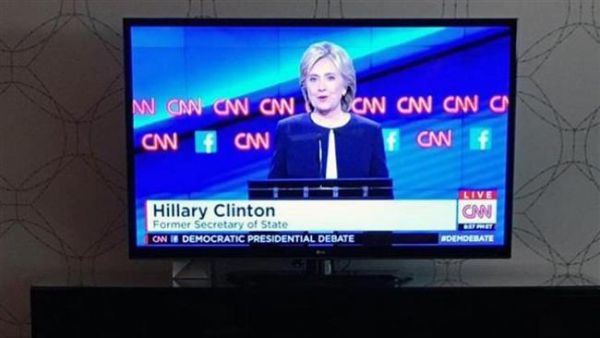 Washington, Aug 22 : Nearly four in ten voters believe that the US media was biased for Democratic presidential nominee Hillary Clinton in the 2016 US election, a new poll said.

According to the Morning Consult poll released on Friday, 38 per cent US voters say that news coverage favoured Clinton, while only 12 per cent believe that same was true for Republican presidential nominee Donald Trump, Xinhua news agency reported.

The voters voiced dissatisfaction with the fairness of the media, with 33 per cent saying that the media’s fairness to each candidate was “poor”.

The poll came as Trump doubled down on his accusation against “the crooked media”.

Though benefitting heavily from the media’s wall-to-wall coverage of his campaign during the nomination contests, relations between Trump and the media deteriorated in the past weeks as the billionaire developer got embroiled in one political firestorm after another.

The media targeted Trump during the Democratic National Convention after he derisively answered criticism from Khizr Khan, the father of a US Muslim soldier killed by a suicide bomber in Iraq.

Khan blasted Trump for his divisive remarks and proposal to temporary ban Muslims entering the country.

On August 9, Trump caused another round of media frenzy after suggesting that supporters of gun rights could take action against Clinton if she won the election.

As he was still scrambling to tackle the backlash after his gun rights comments, Trump on Aug 10 handed the US media new prime fodder after declaring that US President Barack Obama “is the founder of the Islamic State”.

Trump eventually backtracked on his accusation, blaming the media for missing his sarcasm.—IANS