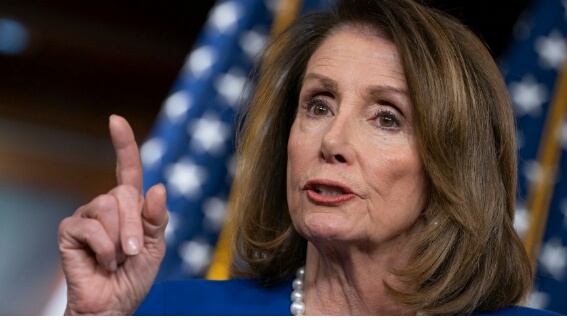 United States Speaker of the House of Representatives, Ms Nancy Pelosi has said the U.S. Congress was, and continues to be, concerned about the treatment of Muslims in India.

The kind of treatment meted out to Muslims in recent times is not hidden from anybody, Pelosi said and added that she always felt it was necessary to bring up concerns over treatment of Muslims in India and considered it wise to talk about it occasionally when discussing about the India-US relationship.

Pelosi made these comment during a conversation with John Chambers, chairperson of the US-India Strategic Partnership Forum (USISPF) at an event in Washington DC on July 10, 2019

“We were proud to welcome him [Prime Minister Modi] …to a joint session of Congress [in 2016]. We had some concerns about the treatment of Muslims in India — I have to mention it — then and now,” Ms Nancy Pelosi said.

The speaker’s conversation focused on her agenda for the US and the relationship between US and India. On US-India ties, Pelosi said: “There is an opportunity to lift the values of the whole world, create more markets and be more entrepreneurial through the India-US strategic partnership.”

Ms Pelosi’s comments came after the United Nations rights agency said last week that both India and Pakistan had failed to improve the situation in Jammu and Kashmir.

The United Nations rights agency last week had said that India and Pakistan have failed to improve the situation in Jammu and Kashmir and have not taken any concrete steps to address the numerous concerns raised in its earlier report.

After its publication, India lodged a strong protest with the UN rights office and asserted that the report is merely a continuation of the earlier “false and motivated” narrative and ignores the core issue of cross-border terrorism emanating from Pakistan.