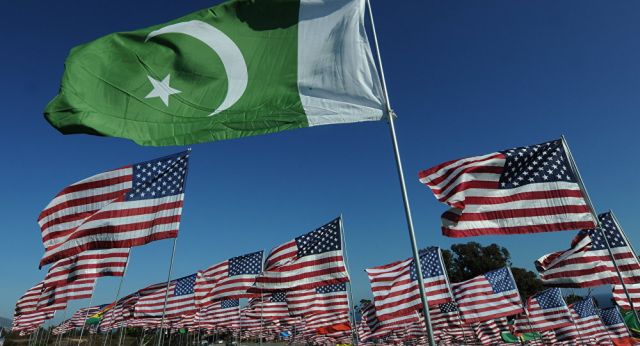 Washington : A top US official has reminded Pakistan that it is still “on notice” to eliminate terror havens from its territory and said that Washington wants unequivocal cooperation in ending sanctuaries enjoyed by the Taliban on its soil.

“Pakistan is on notice that we expect its unequivocal cooperation ending sanctuaries that the Taliban have enjoyed since the remnants of their toppled regime fled into Pakistan in 2001,” said Ambassador Alice Wells, Senior Bureau Official for South and Central Asian Affairs, in a testimony before the House Foreign Affairs Committee on Thursday.

Wells told the committee that the current US administration was working with Pakistan to uproot Taliban from its soil.

In this year’s New Year Day message, US President Donald Trump had put Islamabad on notice, accusing it of “taking billions and billions of dollars” from Washington while “housing the same terrorists” that it was supposed to fight. Later, he suspended more than two billion dollars of security aid to Pakistan.

Islamabad had rejected the allegations as “unfounded”.

In her testimony on “US policy towards Afghanistan”, Wells said: “Despite some positive indicators, we have not yet seen Pakistan take the sustained or decisive steps that we would have expected to see 10 months after the announcement of the (Trump administration’s) South Asia strategy.”

In her message to Pakistan, she asked it to work with the US to bring the Taliban to the negotiating table and arrest or expel those elements in the militant group that do not join the peace process.

Talking about Afghanistan, Wells said that the US was encouraging reconcilable elements within the Afghan Taliban to stop fighting in an effort to reduce violence and make the environment conducive for reconciliation.

She identified four key areas where the US was working to help bolster prospects for an eventual settlement.

Wells also called upon the Afghan Taliban to snap ties with Al Qaeda, submit to the Constitution and ensure protection of women’s rights.