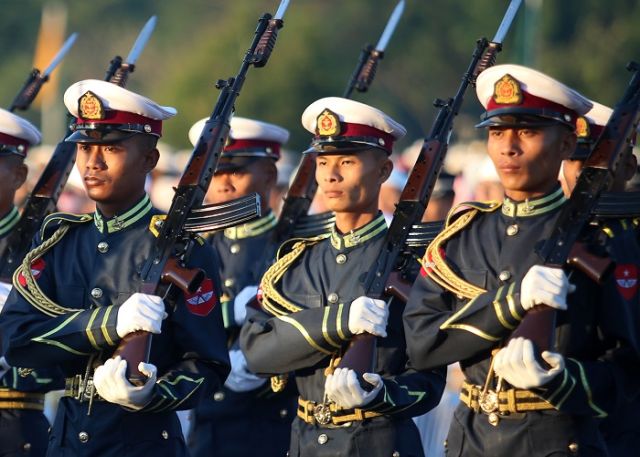 Washington : The US Treasury Department on Friday announced to sanction four commanders and two military units in Myanmar, accusing them of being related with human rights abuse cases in the country.

In a statement, the Treasury said the targeted commanders were from Burmese military and Border Guard Police (BGP), Xinhua reported.

Together with the 33rd Light Infantry Division (LID) and the 99th LID, the commanders were punished over the alleged involvement in ethnic cleansing in Rakhine State and “other widespread human rights abuses” in Kachin and Shan States.

These individuals and entities were designated according to the Global Magnitsky Human Rights Accountability Act of 2016 that targeted “perpetrators of serious human rights abuse and corruption.”

Sigal Mandelker, Treasury Under Secretary for Terrorism and Financial Intelligence, said in the statement that the US government “will continue to systematically expose and bring accountability to human rights abusers in this region.”

As a result of these actions, any property, or interest in property, of those designated within U.S. jurisdiction is blocked.

Additionally, US persons are generally prohibited from engaging in transactions with blocked persons, including entities 50 percent or more owned by designated persons.

Building upon the act, US President Donald Trump signed Executive Order (E.O.) 13818, or “Blocking the Property of Persons Involved in Serious Human Rights Abuse or Corruption.” To date, 84 individuals and entities have been sanctioned under the order.