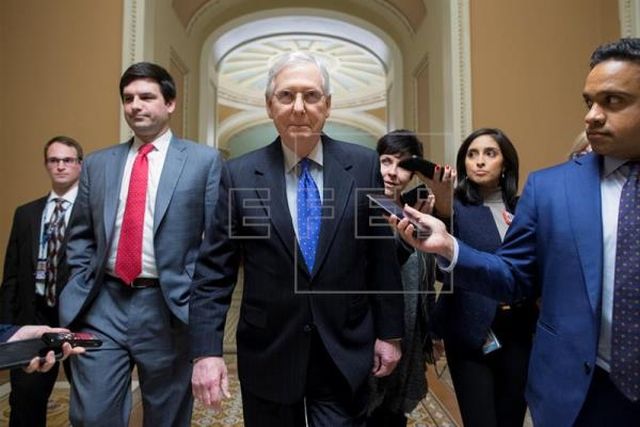 Washington : The US Senate has approved a short-term spending bill to avoid a partial government shutdown during the holidays, but it does not include funds demanded by US President Donald Trump to build the wall along the Mexico border.

The bill, pushed by the Republicans and supported by the Democrats, includes funds to finance the administration for seven weeks from Friday midnight — when the current ones expire — till February 8.

The House of Representatives is expected to approve the bill on Thursday so that Trump can sign it, Efe news reported.

Trump has not yet stated whether he supports the spending bill as it does not include $5 billion he had demanded for the border wall with Mexico.

In fact, at a meeting last week with Democrat leaders in the Congress, Trump said he would be proud to force a government shutdown if the wall were to be financed.

With the approval of the budget, negotiation on funding for the wall would be postponed to 2019 when the Democrats will take control of the House of Representatives and can thereby block it easily.

Earlier this year, Trump faced two government shutdowns for lack of funds: The first was in January which lasted for three days while the second in February went on for only a few hours.