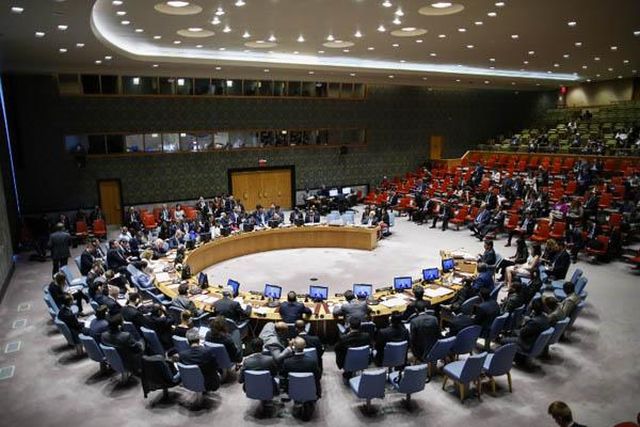 United Nations : The US was completely isolated defending Israel during the voting on two resolutions on Palestine, one proposed by Kuwait and a counter-motion put forward by it.

The unusual asymmetry in two consecutive votes on Friday came about because even its closest allies abandoned the US while its Permanent Representative Nikki Haley stood defiantly vetoing a resolution put forward by Kuwait and proposing a countermeasure that received only her vote.

Hamas was at the heart of the stand-off, with the US demanding that the organisation should also be condemned.

The resolution drafted by Kuwait sought to condemn what it called the disproportionate use of force by Israel, including the firing of live ammunition by its forces on Palestinian protesters last month near the border with Gaza.

It received 10 votes, while the sole vote against it by the veto-wielding US killed it as Ethiopia, Netherlands, Poland and Britain abstained.

Hailey blamed the “terrorist group Hamas” for the conditions in Gaza and said the resolution was one-sided as it blamed only Israel.

She proposed the counter resolution that described Hamas as a terrorist group and condemned the indiscriminate firing of rockets by Palestinian militants in Gaza towards Israel.

The resolution received only her vote, while Kuwait, Russia and Bolivia voted against it and the remaining 11 countries abstained.

Haley said: “It is now completely clear that the UN is hopelessly biased against Israel. The US will not allow such bias.”

Kuwait’s Permanent Representative Mansour Ayyad Alotaibi spent several days negotiating with Council members to come up with a veto-proof resolution on the Palestinian protests that have resulted in 119 deaths since March from Israeli action.

While he managed to get enough direct support for it, he could not get the US to give up its veto.

In contrast, Haley did not consult other members of the Council before proposing the US resolution.

France’s Permanent representative Francois Delattre said it was brought to a vote without any negotiations and did not reflect a balanced approach to the Palestinian conflict.

Alotaibi said that the message from the Council after the US veto was that Israel, which occupied Palestinian territories, was exempt from international law.

srael’s Permanent Representative Danny Danon countered that the Kuwaiti resolution sought to give the Hamas – a “terrorist organisation” – the Council’s stamp of approval by not mentioning its role in the conflict.