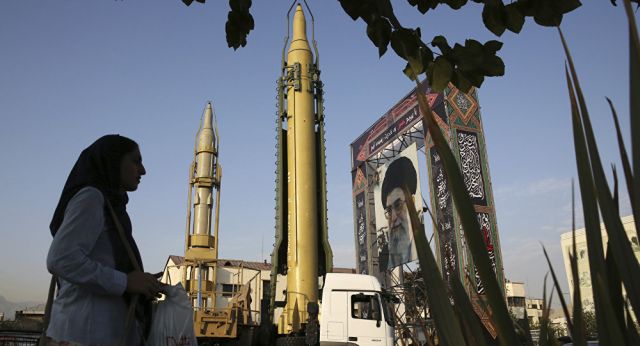 Washington : The US Treasury Department has announced sanctions against five Iranian entities.

As a result, US citizens are generally prohibited from engaging in transactions with them.

Foreign financial institutions that knowingly facilitate significant transactions for, or persons that provide material or certain other support to, the designated entities risk exposure to sanctions that could sever their access to the US financial system or block their property and property interests under the American jurisdiction.

Treasury Secretary Steven Mnuchin said the US will continue to counter Iran with “additional sanctions”.

Last week, riots broke out in some Iranian cities in protest against price hikes and economic woes.

US President Donald Trump and a number of other American officials, including Vice President Mike Pence, have sided with the protesters.

Iran’s Ambassador to the UN Gholamali Khoshroo on Wednesday slammed the US government’s attempts to intervene in the domestic affairs of the Islamic Republic.

“The current US administration has crossed every limit in flouting rules and principles of international law governing the civilised conduct of international relations,” Khoshroo said in a letter to the UN Security Council and to UN Secretary General Antonio Guterres.

Khoshroo added that Iran expects all states to condemn such dangerous statements and policies and urge the US government to act responsibly and adhere to principles of the UN Charter and international law.