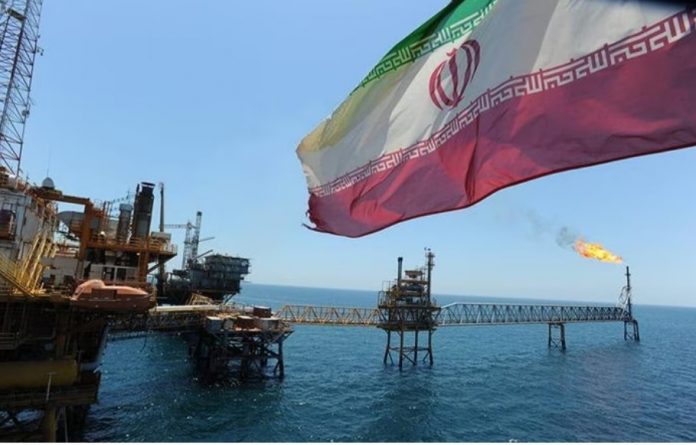 By Haider Abbas
Black clouds, as expected, have started to hover on Iran’s proposal to India ‘to buy’ its gas and reply on it within 90 days. It was not to be that easy, of course on tested lines, as Iran has had a long-acrimonious relations with US, and US would never allow India or any other nation to buy ‘energy-products’ from Iran. The deal was perhaps destined to die-out, and the first symptom on it, has also come. US has imposed sanctions on an Indian company, allegedly to have bought oil from Iran! It has been reported in The Hindu on September 30, that ‘US imposes sanction against Indian petrochemical company for ‘clandestine Iran oil purchases.’

This has happened for the first time, in recent years, as in the wake of India’s nuclear blasts (1998) US had sanctions on India which has by now quite faded from the public gaze. But, in the latest turn of events, there is a catch, as the sanctions have not been imposed on India but on just an Indian petrochemical company instead. The concerned company is Tibalaji Petrochem Private Limited, based in Mumbai, Maharashtra. The company is tightlipped till now. But, the issue has triggered considerable worry for New Delhi, as India actually had not attracted any such sanctions even in the wake of Russia S-400 deal with India or even in the wake of India buying Russian oil at a much ‘slashed-down’ rates, despite US sanctions on Russia in the backdrop of Russia-Ukraine war.

The step from US is with a loud-and-clear message that US wants India to fall-in-line not only in context of Iran but also with reference to Russia as well. US has accused the Indian company to have ‘purchased millions of dollars worth of petrochemicals products for onward shipment to China.’ In fact, China has never cared for US sanctions and Iran has been reeling under US sanctions for decades, and also does not care much for it, Iran is also under the black list of Financial Action Task Force (FATF), but in between this Iran-China trail, there is also an Indian company, and this is what did not go well with US.  Iran survives only by selling its energy-products through grey-market, or else could have wilted under UN and EU sanctions imposed on it for so long. There is an almost total oil and economic embargo from US etc on Iran.

The standard practice of US is not to impose on sanctions on China but instead on Chinese companies which are engaged with trade with Iran. After US imposition of same on Iran, India totally abandoned Iran, even from its oil-purchase as that would have invited sanctions on India too. China has never cared a fig for any US sanctions as China is probably on all fronts engaged with US over the super-power status.  By virtue of now sanctions on the India company, Tibalaji, US will freeze its accounts, if any in US and will also block entry of anyone related to this company, inside US. This company is a small fry compared to issues of ‘nations’ but the big question is what US wants to hone into India by its latest posture?

The hard drawn line which US wants to convey to India is India’s continuous economic bonhomie with Russia, particularly, after it is alleged that US has attacked and damaged ‘beyond-repair’ the Nord Stream -1 energy Baltic sea underwater gas pipeline from Russia to Europe!  US is now getting into its groove to finally take a plunge on Russia, as the Russia-Ukraine war since February, is still no-where to come to an end. US and EU are solidly behind Ukraine. US wants India to abide by it too, but India has not as yet toed the US line, and has maintained an equi-distance between Russia and US. But, from the action of US India quickly got its act and underwent into a quick-response against China, to placate US, as India blocked China’s step to pass an anti-Australia ( AUKUS) resolution,  as India Today 2 reported on October 1, that ‘India’s ‘deft diplomacy’ thwarts Beijing’s plans to pass anti-AUKUS resolution. China withdrew a draft resolution at the IAEA against the AUKUS grouping seeking to provide Australia with nuclear-powered submarines. The sources said India’s ‘deft diplomacy’ played a crucial role in ensuring that many smaller countries took a clear stand against the Chinese proposal.’ AUKUS stands for Australia, United Kingdom and United States.

India answered it, as against Chinese power of ‘veto’ at UN Security Council (UNSC), by blocking the Chinese resolution at IAEA, much to the applause of European nations as well as US. India has been lately quite engaged into throwing its weight behind AUKUS, to act as a deterrent to China in India-Pacific. China does not want AUKUS to succeed as this alliance is to deepen defense ties and increase sharing of intelligence and technology, as under the pact, the UK and the US  (have) agreed to help Australia build and operate its own fleet of nuclear-propelled submarines by 2040, expanding its military reach,’ informed GCaptian 3 on September 24. India totally saved AUKUS by blocking Chinese at IAEA where there are around 170 nations. India is one of its board members.

India came out clearly with two messages. It brought glee to US and European nations, by making it clear that India has ‘decades long’ relations with Russia but does not share the same sentiment when it comes to China, with which India has border-issues! But, India very interestingly, also abstained from voting against Russia on October 1, at the UNSC resolution against Russia, annexation of 15% Ukrainian land. The resolution was sponsored by US and Albania.  India through its steps ( against China)  regaled US and also kept Russia in good-humour, against US!

No doubt, India has its interests but it would be very-much-interesting to watch Russia when it would come to between China and India. Would Russia also support India? This is what the world would be keen to watch, as Russia had long expressed its unease over India growing strategic convergence with US over AUKUS. In all this melee, the Iran’s prospects of India buying its energy-products may be thrown to the backburner.

The writer is former UP State Information Commissioner and writes on international issues.

Iran dismisses US efforts to ban Iranian oil as ‘futile’