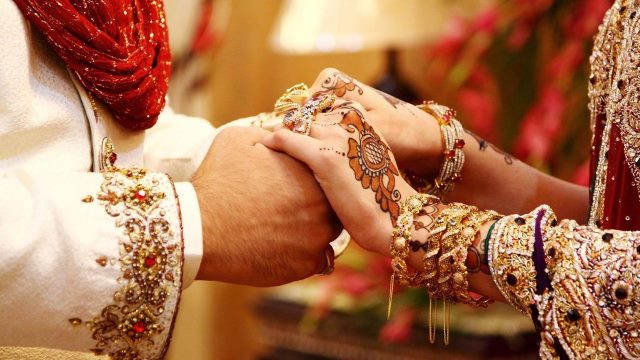 Unnao : Half of the ceremonies of a wedding in Uttar Pradesh’s Unnao had been completed and the main ritual were scheduled for early morning when the entire scenario changed.

The groom, before walking into the mandap, felt dizzy and fainted. As he fell to the ground, his wig came off and everyone saw that he was bald, a fact that had been hidden from the bride’s family.

As soon as the bride learnt that the groom was bald, she refused to go ahead with the marriage ceremonies.

No amount of convincing helped and the bride remained firm on her stand.

The matter reached the local police station but the bride remained firm even after the police intervention.

Later, a panchayat was convened and the girl’s family said that they had spent Rs 5.66 lakh for the marriage.

The groom’s side, thereafter, agreed to their demand and returned the money to the bride’s father.

The groom and the ‘baraatis’ returned to Kanpur without the bride.

The bride’s uncle said that the groom’s family should not have hidden the fact that he was bald.

“We could have mentally prepared the bride and she would not have been shocked. You cannot expect a marriage to last on untruth,” he said.

Pariyar police out-post incharge, Ramjeet Yadav, told reporters that the bride is not ready for marriage and the compromise was reached between the two parties.— IANS