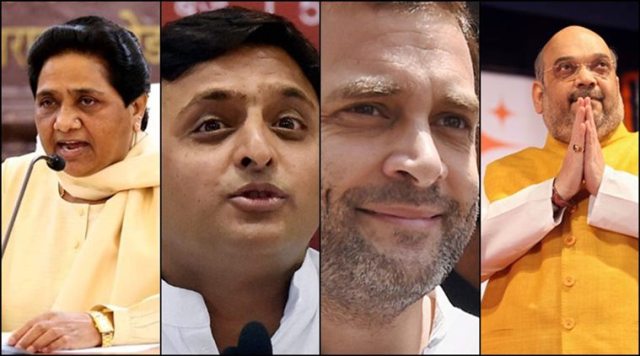 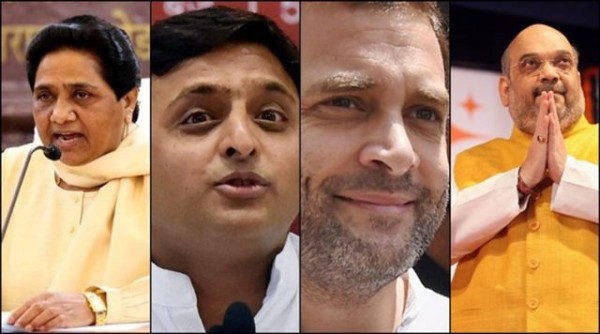 This is the beauty of democracy that every citizen has the right to cast their vote in every five year to elect their most favourite candidate and send them to the parliament or assembly. People should think hundred times before casting their valuable vote because if someone cast their vote in favour of a wrong or pretentious candidate, they would have nothing left to do for the next five year except compunction. After two or three month, the Uttar Pradesh State Election Commission is going to conduct the 17th Uttar Pradesh State Assembly Election; almost every political party’s leaders are regularly addressing their public rallies to consolidate their vote bank. Interestingly, each of the SO CALLED SECULAR party’s target is to attain the Muslim vote of Uttar Pradesh. The Muslim population of Uttar Pradesh is around 18%. Thus, it could be said that the Muslim can decide who would be the CM of Uttar Pradesh. If someone minutely and subtly observe, it would be obvious that after Independence every political party has used the Muslims of Uttar Pradesh as a vote bank and nothing else.

Muslims of Uttar Pradesh always voted for the so called secular parties and they have formed various secular governments i.e. Indian National Congress’ Government, Bharatiya Kranti Dal’s Government, Janata Party’s Government, Janata Dal’s Government, Bahujan Samaj Party’s Government and Samajwadi Party’s Government. As a consequences, Muslims of Uttar Pradesh got poverty, illiteracy, discrimination, hunger, marginalization and also got lots of communal riots i.e. Varanasi (1977), Sambhal (1978), Aligarh (1978), Moradabad (1980), Meerut (1982), Hashimpura and Maliana (1987),  Lucknow (1990), Agra (1990), Kanpur(1990), Varanasi (1991) Moradabad (2001), and Muzaffarnagar (2013). During the regimen of Samajwadi Party in 2013 the Communal incidents in U.P. is 247, in 2014 is 133, and in 2015 is 155 and 2016 till May is 61(figures given by the Ministry of Home Affairs, Govt. Of India, Tabled in Lok Sabha in Monsoon session 2016).

More interestingly, the U.P. Muslims’ SO CALLED REHNUMA or MESSIAH Samajwadi Party is also recently given us as a gift is DADRI in September 2015 and BIJNOR in September 2016. Right to Life is a Fundamental Right. Every Government’s fundamental duty is to protect the life and property of every citizen. But, all (Congress, Janata Dal, BSP, S.P……) the above mentioned Governments are failed to protect the Right to Life. During the regime of the Samajwadi Party’s Government (2012 to till now), Right to Life have been abused. The population of Muslims in Uttar Pradesh is around 18%, but, in jail under trial Muslims is 29%. This is the secularism of Samajwadi Party.

The representation of Muslims in government employment in Uttar Pradesh is very low as compare to other community. Literacy rate of Muslims of Uttar Pradesh is very poor. Muslims of U.P. always voted for these so called secular parties and these are the outcome. This time Muslims of Uttar Pradesh should think thousand times (not hundred times) before casting their valuable vote and think of some alternative parties if such kinds of alternative parties are contesting this election. This election is a very crucial from different perspectives. Cast your vote rationally and consciously not emotionally or foolishly, traditionally or customarily. And identify such pretentious political parties who claim that they are the ‘LEADERS’ of Muslims but in real they are the ‘DEALERS’ of Muslims. Muslims of Uttar Pradesh should endeavours to find out the motto and real agenda of each and every political party who are contesting this election and differentiate between the pretentious compassionate of Muslims and the real friend of Muslims.

Waliul Alam, is a research scholar in the Department of English at AMU.He can be reached at waliulinkh2008@gmail.com.