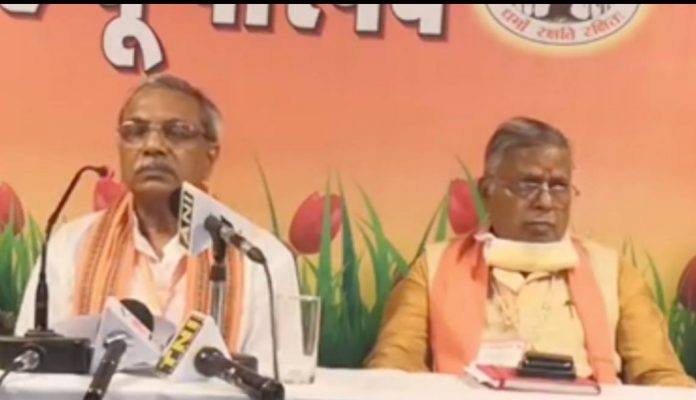 After laying foundation for a new VHP building in Nagpur on Sunday which is also headquarters of its parent organization RSS,  the outfit president Ravindra Narayan Singh said that the cancer survived in Independent India and reached the “fourth stage”, which, he added, called for “chemotherapy” now.

The India Express reported that VHP leader Singh compared the Partition of the Subcontinent and creation of Pakistan to a surgery for removal of “cancer”.

“When India was partitioned on the basis of religion, we had given a separate land for Muslims. Ye samjhiye ke hum apne desh se us cancer ko nikalna chahte the (It was akin to removing that cancer from our country). But, unfortunately, this did not succeed. Some Muslim brothers remained in India. We accepted them with magnanimity as per the Hindu tradition of ‘vasudhaiva kutumbakam’ (the whole world is family) and ‘atithi devo bhava’ (guest is god),” said Singh who is a doctor by profession.

“Lekin hum is baat ko bhool gaye ke cancer dheere dheere badhta hai. Aj 70 saal me wo ek fourth stage me aa kar hamare pure shareer me fail chuka hai. Is cancer ko hatane ke liye ab hamare paas bohot jyada vikalp nahi hai. Ab ise hatane ke liye hame chemotherapy ki vyavastha karni hai. Aisa treatment karna hai ke jisse shareer bhi bacha rahe aur bimaari bhi khatam ho. (But we forgot that this cancer slowly grows. In 70 years after Independence, it has reached the fourth stage and has now spread in the entire body. Now we don’t have many options to remove this cancer. We have to arrange for chemotherapy to remove it. We have to do such a treatment that the body will also survive and cancer, too, will be cured),” said Singh.

He, however, said: “This does not mean that we get rid of 20 crore Muslims. You cannot ask them to leave the country. All I am saying is Muslims should live with us, like several rivers merge in Ganga and then together flow as Ganga only. There is no such thing as Ganga-Jamuni tahzeeb. I will not say hum se jo takraega wo chur ho jaega (those who clash with us will be torn to smithereens). I will say those who clash with us will dissolve in us, hum me wileen ho jaega.”