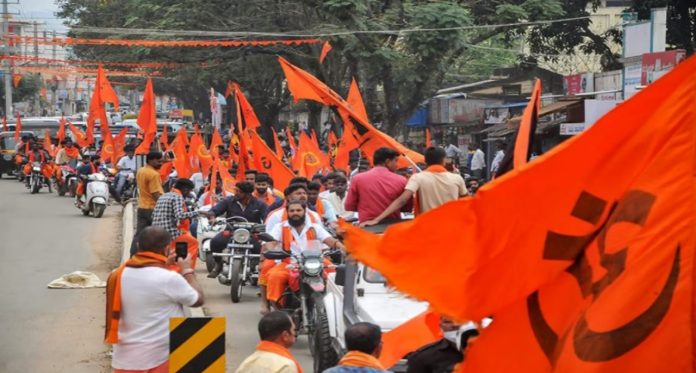 Lucknow:  The Vishwa Hindu Parishad has demanded action against Jamait Ulama-e-Hind (JuH) for standing in favour those convicted in Ahmedabad blasts.

The JuH president Arshad Madani had announced support for those convicted in Ahmedabad blasts and had said that his organisation would provide legal help to them.

VHP spokesman Vinod Bansal said that the court verdict in Ahmedabad blasts was historic since the court has handed death sentence to 38 people and life term to 11. Eight terrorists are still absconding.

The accused had triggered 22 blasts in Ahmedabad on July 26,2008 in which 56 persons had lost their lives and 200 were injured. Blasts were triggered even in a hospital.

He lauded the police for busting the entire network of terrorists without having any eyewitness. He said that the links of terrorists extended to Azamgarh in Uttar Pradesh.

“The investigating team and even the judge faced death threats during the case. The JuH supporting such elements indicates its direct involvement in divisive activities and attempts to harm the nation.

“Such an outfit should face action,” he added.

The VHP leader further cited the example of Sri Lanka where lawyers had refused to take up the case of terrorists.

The Muslim Rashtriya Manch (MRM) has also expressed concern over the decision of JuH.

The Manch said that this was the verdict of the court and not of any political party.

Manch spokesman Shahid Siddiqui said that the court did not practice appeasement policies and based its verdict on evidences.

“Those who had taken so many lives, deserve the strictest punishment,” he said.–IANS