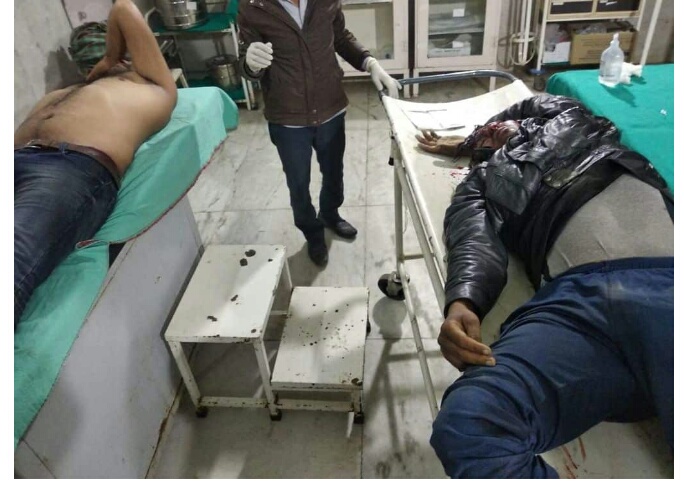 Nuh : Muslim dominated  district Mewat is again  in news for fake encounter.  Arshad a 26 year youth from Bisr village in Mewat was killed in an alleged fake encounter with the police on Thursday, February 21.

As per the official version of the Haryana Police, the police had gone to Bisru village to arrest Arshad and his associates. When the police apprehended them, they started firing. Arshad was allegedly killed in retaliatory firing by the police and Ekram (41), Mushtaq (30) and Mustaque (40) were injured.

Eyewitnesses Claim The Encounter Was Fake.

According to Sharfu, an eyewitness, who was present at the time of encounter “This happened around 9 am yesterday (February 16). Arshad, Ekram, Mushtaq, Mustaque, Azad (36) and Tillu (36) were sitting in the sun after bathing. Suddenly, the police arrived in their cars. Upon spotting the police, everyone (Arshad and his associates) got up and start to run but are caught. Three policemen grab Arshad and pin him to the ground and a fourth policeman shoots him.”

Another witneds Asmina, who was also present at the scene, says, “The policemen had pinned Ashraf face down on the ground. After the police shot him, they held him down for five-seven minutes more, till he stopped shaking.”

She adds, “I had told them (the police) to not kill him here… but the policeman asked me “is he your uncle?””