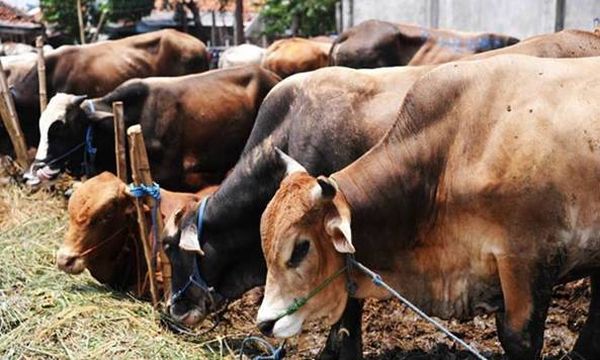 Panaji : Beef traders in Goa on Friday accused cow vigilante groups of trying to disrupt supply of beef in Goa by pressurising authorities to crack down on legitimate slaughter of cattle imported from neighbouring states.

Addressing a press conference, Manna Bepari, President of the Qureshi Meat Traders Association of Goa, said that beef supply in Goa was severely curtailed due to interference by cow vigilante groups.

“On Wednesday, our meat traders brought six animals to the official abattoir after obtaining necessary permission from Goa and Karnataka where the animals were imported from. But the animals were rejected after pressure on the abattoir authorities from the cow vigilantes,” Bepari said.

This is the second time in the last eight months that beef traders have complained of interference in the supply of beef by cow vigilantes, who the traders claim, are targeting supply of beef in the coastal state, where nearly one third of the resident population consumes beef.

In 2017, beef traders in Goa had gone on a strike for more than a week, following harassment by vigilante groups in Goa, forcing Chief Minister Manohar Parrikar to intervene and direct the Director General of Police to crack down on such groups.