Muslim Mirror
Home India Vote for us if you believe we have worked: Kejriwal
Facebook
Twitter
WhatsApp
Email
Telegram 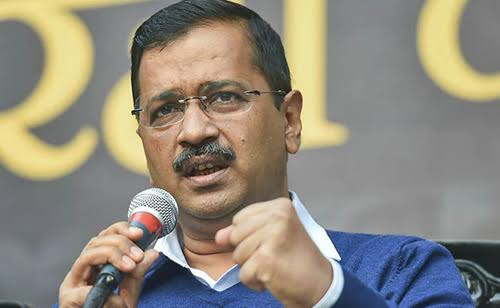 New Delhi, Jan 17: Delhi Chief Minister Arvind Kejriwal on Friday said that people should vote for his party in the February 8 Assembly elections only if they feel they have worked in the last five years, and not otherwise.

He said in the 2015 Assembly election, people voted for the Aam Aadmi Party for its honesty, and this time, they will vote for its work.

Kejriwal, who is also the AAP National Convener, was speaking while inaugurating a party election office in Shakurbasti assembly constituency.

He added that the free welfare schemes will continue if people voted for AAP, “but not if you vote for BJP”.

“For the first time in the country, people are appreciating and lauding a government after its tenure of five years, instead of criticising it. Wherever we go and ask people whether we have worked for them, they count our efforts in front of us. I credit the development of the state to the people of Delhi.”

He said despite two political parties in Delhi standing in the previous elections, people voted for a new party, by giving a huge mandate.

“I have been repeatedly asked by the media regarding the mandate of seats this time, and I think the people have decided to elect us on all the 70 assembly seats this time.”

Praising his MLA and Cabinet Minister Satyendra Jain, Kejriwal said Jain is an architect by profession.