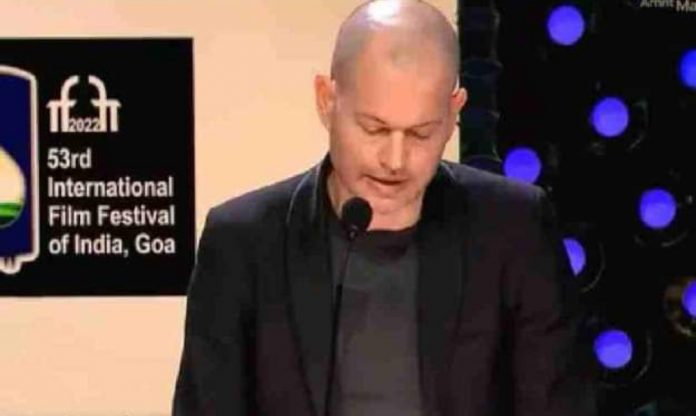 On Monday, during the closing ceremony of the 53rd International Film Festival of India (IFFI), jury head Nadav Lapid expressed displeasure with the inclusion of The Kashmir Files in the competitive section.

“We were, all of us, disturbed and shocked by the 15th film: The Kashmir Files. That felt to us like propaganda, vulgar movie, inappropriate for an artistic competitive section of such a prestigious film festival. I feel totally comfortable to share openly these feelings here with you on stage. Since the spirit of having a festival is to accept also a critical discussion which is essential for art and for life,” the Israeli filmmaker said in his speech.

#Breaking: #IFFI Jury says they were “disturbed and shocked” to see #NationalFilmAward winning #KashmirFiles, “a propoganda, vulgar movie” in the competition section of a prestigious festival— organised by the Govt of India.
🎤 Over to @vivekagnihotri sir…
@nadavlapi pic.twitter.com/ove4xO8Ftr

The Kashmir Files was also screened at the event last week. The Vivek Ranjan Agnihotri directorial was premiered in theatres on March 11, is based on the 1990 killings and migration of Kashmiri Pandits from the valley.

While the film has received praise from the BJP and has been deemed tax-free in the majority of BJP-run states. Amit Shah, the union home minister, and Prime Minister Narendra Modi have both praised the film.

It, however, has has faced heavy criticism in the past for the alleged one-sided portrayal of the events in the valley.

Anurag Singh Thakur, the Union Minister of Information and Broadcasting, Pramod Sawant, the Chief Minister of Goa, and Union Ministers of State L Murugan and Shripad Naik were among the attendees, while Lapid delivered his speech.

The National Film Development Corporation and the Ministry of Information and Broadcasting are organising the Indian Panorama, which aims to choose both feature-length and non-feature films of “cinematic, thematic and aesthetic excellence”.

In order to promote Indian films and the nation’s rich culture and legacy through cinematic art, the festival’s signature event, Indian Panorama, was first established in 1978.

Anurag Thakur, Minister of Information and Broadcasting, opened the 53rd iteration of the nine-day festival on November 20.