Muslim Mirror
Home Human Rights We are being punished only  because we are Muslims ” Sanjida Rahman...
Facebook
Twitter
WhatsApp
Email
Telegram 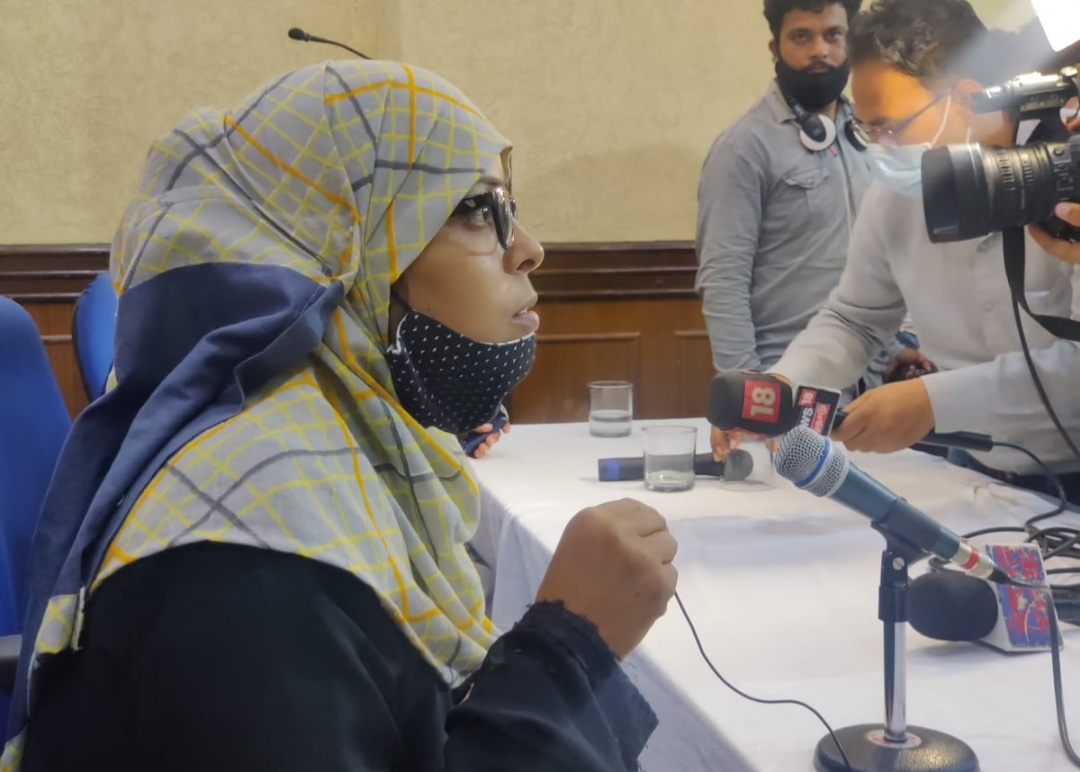 New Delhi: “My children keep asking where their father is ? What should I tell them?”  This poignant question was asked to the conscience of the nation by Sanjida Rahman whose husband Atikur Rahman has been in jail for a year now, along with four others for a crime that never happened. 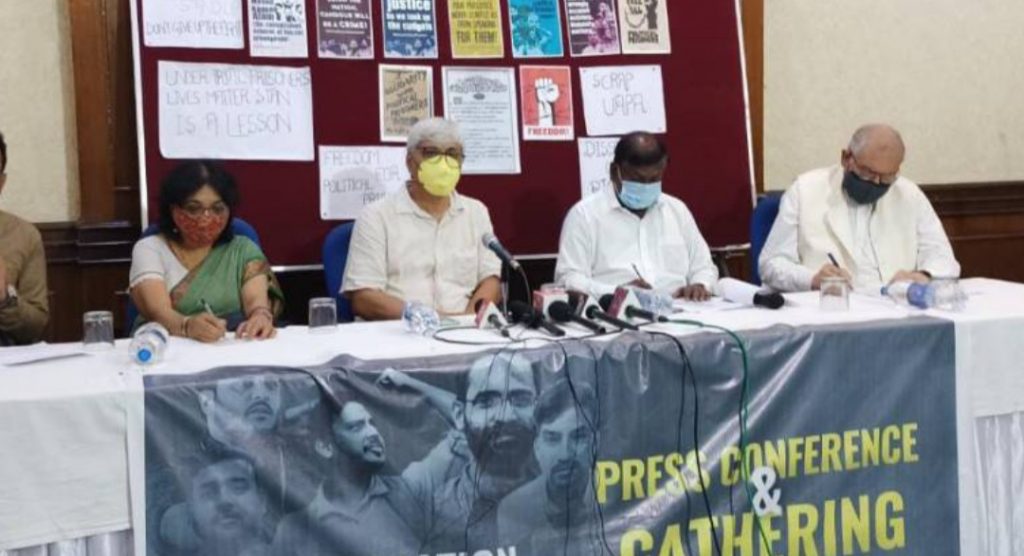 Sanjida was among the relatives of the two of the five undertrials who addressed a press conference at the Press Club of India here on Tuesday to mark the first anniversary of their imprisonment. Those in jail include Malayalam journalist Siddique Kappan, Campus Front of India (CFI) leaders Rahman, Rauf Shareef and Masud Ahmed and their driver Alam who were arrested on October 5, 2020 while heading to Hathras in Uttar Pradesh to meet the Dalit rape and murder victim’s family.

Uttar Pradesh police booked them under sedition, incitement charges and for allegedly raising funds for terrorism under the Unlawful Activities (Prevention) Act and are being investigated for money laundering as well. The police have claimed that they were hatching a conspiracy to create communal disharmony in the state.

Speaking in a choked voice, Sanjida Rahman recounted her ordeals since the arrest of her husband Atikur Rahman saying he is a heart patient and warned anything happens to him who will be responsible.

She just wanted him to be released at the earliest and taken to AIIMS so that the surgery can be done on time. “I don’t want another Father Stan Swamy story to be written.  My little children ask me “where is Papa (father)”?  What should I answer?”, she questioned.

Rahman was due for treatment at the All India Institute of Medical Sciences here for aortic regurgitation at the time of arrest. Despite an order from the Uttar Pradesh director-general of prisons last week, Rahman is yet to be moved to AIIMS.

“What justice is this? What is this punishment for? Only because we are Muslims, and he spoke out for the rights of others,” Lucknow-based Sanjida, a mother of two, said. Her husband is a PhD scholar at Chaudhary Charan Singh University, Meerut.

“He is trapped…. He does not know any political person. I just want him to be released,” she said.

Appealing the conscience of the countrymen, senior Congress leader and Rajya Sabha MP, Dr L Hanumanthaia, urged the sensible Indians to speak up against the injustice done to the youth in jail.

“Sensible Indians must speak now and should not be silent because they are afraid of the administration. If sensible citizens and so-called intellectuals don’t open their mouths, we won’t be living in a democracy. We will go towards becoming a fascist country,” the MP said and added that he raised the misuse of UAPA and other laws in parliament.

He further reiterated that the laws which have to be scraped are being widely misused by the present government in the name of patriotism. “Atikur Rahman, Alam, Kappan and Masud went in search of justice and were then jailed. They are not even safe in jail. Why aren’t the citizens responding to the violation of human rights?” He added.

He added: “The (rape and murder) victim’s family can still not live in peace. They are guarded by paramilitary troops who accompany them even to the provision shop. They have requested to be shifted as they can’t live in that village but the government has not done so. They have sold six of their seven buffaloes as they are unable to even venture out to graze them.”

The victim’s families as well as Hanumanthaiah are Dalits. The accused in the case are from the landed Thakur community.

Former Delhi Minorities Commission chairman, Dr Zafarul Islam Khan said these laws should be scrapped at the earliest. He said UAPA is absolutely wrong.  It is being completely misused.  He stated that UAPA and such laws are being used by the government to suppress its opponents.

Speaking on the occasion, activist and Delhi University Professor Apoorvanand also stated that If injustice is happening somewhere in India, we have the right to stand in its sympathy, to raise our voice for it. And we don’t need anyone’s permission for this. He underscored that Campus Front of India is not a banned organisation and it has full right to political activity. And any of its workers have the right to use what they have in the constitution.

“Accusing the Popular Front of India and its mass organisations like the CFI of conspiracy has become a pattern — be it the Delhi riots, the Hathras murder or the recent Darrang killings in Assam”.

“No permission is needed to express solidarity with the suffering…. If the PFI or the CFI is not banned, then they have every right to engage in political activity. The times are such that almost every day there is the anniversary of someone who is arrested being marked by a news conference,” Apoorvanand said

Professor Nandita Narayan asserted the need to fight the battle together to save the constitution.” I hope if we fight this battle with all hard work, we can win. And first of all our demand is that Atikur  Rahman should be released so that he can be treated in AIIMS, and all the associates who have been arrested should also be released immediately” , she further added.  She said UAPA has become a tool in the hands of the ruling party to cow down its opponents.

Campus Front of India General Secretary Ashwan Sadiq affirmed that what the youth did is to go in search of truth, which is no crime and hence the case against them is false. He enunciated that it is the history that no dictatorship will continue forever by jailing its opponents. He reminded that Hitler fell, Mussolini fell and their Indian version is also meant to fall down.