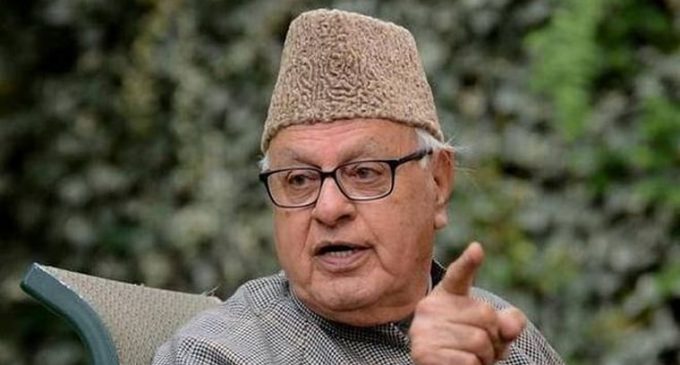 New Delhi: Former Jammu and Kashmir Chief Minister and Union Minister Farooq Abdullah, who has been in detention since the revocation of the Constitution’s Article 370, protested the treatment of Kashmir’s politicians, saying they were “not criminals”.

In his reply to Congress leader Shashi Tharoor’s letter, the National Conference leader wrote: “Thank you for the letter dated 21st October 2019 which has been delivered to me today by the magistrate who looks after me while I am in sub jail… it is most unfortunate that they are not unable to deliver my post in time. I am sure that this is not the way to treat a senior Member of Parliament and leader of a political party… we are not criminals.”

The letter was sent from his Gupkar Road residence which has been converted to a sub jail.

Congress leader and former Union Minister P. Chidambaram on Thursday criticised the detention of the Kashmiri leaders after he was released from jail.

J&K govt scales down security of former CMs in Srinagar