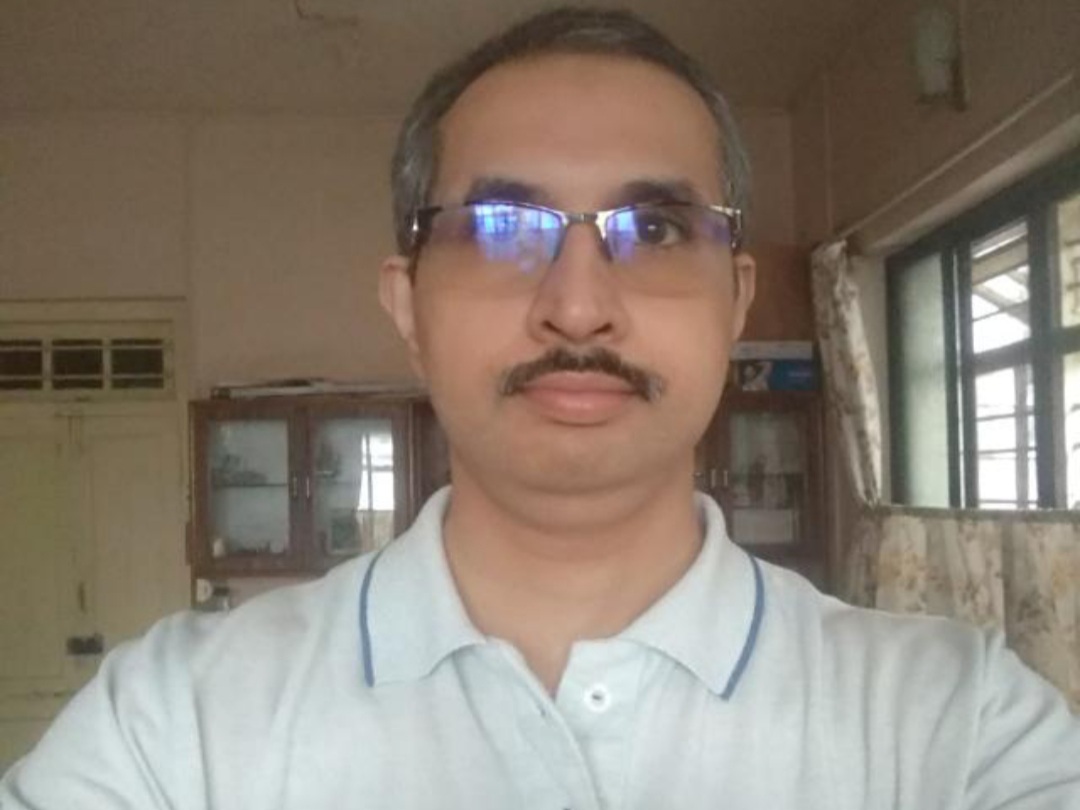 A chance encounter with inscriptions on stone in Modi script during a trekking expedition to forts around Pune, made Nikhil Paranjape inquisitive. His inquisitiveness led him to learn the Modi script as he was already interested in the medieval history.

And when the Bharat Itihas sanshodak Mandal , an institute in Pune, that provides resources for historical researchers, held an exhibition of ancient texts and manuscripts; Nikhil visited the exhibition and was further intrigued.

He wanted to decipher the farmans (order/ decree) issued by the Muslim Rulers especially the Moghul rulers. These were in Persian language which has now become a language of yore with very few people knowing the language in India. “I was amazed at the beautiful nakshi script on the farmans belonging to the Adil Shahi and the Mughal period”, says Nikhil Paranjape.

“So I began first with learning the Modi script which is the script that was written in the medieval period mostly in the primary language of that kingdom along with another local language like Marathi, Kannada, Telugu and Sanskrit. And then later learnt Persian in the Imambada”, he shared.

Nikhil, who is a software developer by profession, took up Persian classes to satiate his curiosity to learn the contents of the ancient scripts. His class fellows were small Iranian kids in the Persian class.

Pune, the city from where Nikhil hails, boasts of an Imambada – a fact which is lesser known. There is a tiny population of the Iranian Shia Muslim Sect living in Pune who frequent the Imambada which is their community and religious centre.

He shared an incident when he had gone to the Imambada, out of curiosity before he had begun learning the language. It was the month of Muharam and they were about to recite the Noha, which is the poem of mourning of the Karbala tragedy. So he asked one of the little girls if it was prayer time. The girl was puzzled and asked was he not a Muslim. When he replied in the negative, she ran to the teacher and told her that this uncle is not a Muslim.

Nikhil was scared at what could be coming next. Was he not supposed to be there? But his fears were put to rest when the teacher said that it is ok if the uncle is not a Muslim. And he understood from what little he knew that she was explaining to the child that religion has nothing to do with him being there in the Imambada.

And he went there for the Ashura – the 10th day of Muharam as well. Soon he became a student learning the language.

“A language has nothing to do with religion. I had a Muslim friend who had taken Sanskrit as an optional language. I don’t know Sanskrit much. Persian language is so closer to India. And I feel we are an Indo European language family,” believes Nikhil.

Communication was difficult as the Iranian teacher knew very little English and the kids knew only Persian and Nikhil did not know Persian. But he stuck on and his love for the language motivated him to learn it even though it was quiet a struggle learning a new language.

“Back then in my college days, even when I did not know Persian, I somehow loved watching Iranian movies. I watched some of the very best movies of Iran. And some made by the famous Majid Majidi”he said.

After learning to read and write the basics of Persian language, he was looking for an advanced course. And in his quest, he applied for a diploma course in Persian from the Bombay University as he also wanted to learn the modern Persian language so he could understand better the Iranian movies.

But the University asked him to first appear for an entrance test before enrolling him for a regular course. He travelled from Pune to Mumbai and completed his diploma topping it. And next he went on to do an advance diploma in Persian.

Starting a diploma course in Pune

In 2016, there was a presentation on ‘Persian language as a source of history’ organized by Bharast Shansodak Mandal in the Pune museum. Nikhil gave a guided walk of the archeological Museum to the visitors and they were interested to learn Persian and asked him if he would teach them Persian. There was a lady among them who ran an institute of foreign languages. And thus Nikhil designed a short term course and began teaching Persian through her institute which was the only place where Persian was taught in Pune formally.

After teaching for a year in Pune and then in Mumbai, Nikhil wrote a proposal to the History Department, Pune University to start a course in Persian language stating its significance in the historical and cultural context. His proposal was accepted and he began conducting classes in Persian in the Pune University.

“This time we did an online course in Persian and amongst the 100 students there were people from US, UK, Indonesia and from all across India. They all enjoyed the course,” said Nikhil.

At present he is conducting a course in Persian language at the Iran culture House, Mumbai.

“And luckily I got a chance to meet Majid Majidi, Iranian film maker who was in India to shoot the movie ‘Beyond the clouds’. I went from Pune to Mumbai just to meet him. I conversed with him in Persian. And he was pleasantly surprised and happy to hear me speak Persian” shared Nikhil happily.

In his classes, he combines his knowledge of History, modern spoken Persian, many words that are also in Marathi and in Urdu and he also teaches proper diction. “I also give them the origin of the words, reference of the words and how they evolved time in terms of pronunciation, meaning, etc.”, explained Nikhil who is also a very big fan of Mirza Ghalib’s Poetry.
“And when I give examples of some typical words, I quote Ghalib’s couplets. And my students inform that they had read/ heard the sher (couplet) but did not know its meaning. And they find it easier to understand and relate to the language” he said.

He also helps people who are doing their Phd in History by translating the Persian language for them. Many of them are not in Pune so they send Nikhil the transcripts over mail.

‘Even though there are people who know Persian they cannot read the inscriptions on the stones as there is a vast difference in the Persian of yore and the Persian of now’ says Nikhil.

Nikhil knows Urdu, Arabic, Persian, Marathi, Hindi, English, Spanish and German. Apart from learning languages, he is into pneumatics. He has a wide range of coin collections from the old times of the Nizam period, the Maratha rule, British Era and the present Era. He is able to read the inscriptions on the old coins easily as most of it is in Indo- Arabic, Persian.

One of his friends also has his own collection of coins. And he wanted to find out an inscription on one of his old coins. So he sent it to Nikhil who know the calligraphic nakshi script. Nikhil read the inscription and discovered that the coin was made in a Moghal mint in Balasore, Orissa State. Till then no one knew a mint existed in Balasore. His friend later published his research article for the Oriental Pneumatics society which is famous worldwide giving Nikhil the credit of making this discovery.

Nikhil also published some research papers from the letters written in 1744 by the maternal uncle of the first Baji Rao Peshwa about the lands granted to him for his excellent service. The letters were also about the happenings of that period. These letters were preserved by the family from generations and no one knew to read them.

He also wrote a research paper about Aurangazeb and the daily happenings in his court. “He is seen as a bigot but through the historical evidences I dint find anything such. He used religion for his political ideology and justified his actions through Islam. He was a scholar and easily the most battle hardened king in Indian History having been on the battle field for many years. I like to learn more and more things on Aurangazeb,” Nikhil shared.
Future:

Nikhil has plans to continue with designing basic and advanced courses in the Persian Language for the University. He wants to pursue his interest in the historical aspect by delving more and more in the field of Persian language.

He feels there are many interesting stories waiting to be discovered from the annals of History. He likes reading the original farmans in the handwriting of the emperors.
Nikhil also teaches Shotokan karate to kids in the morning. He also goes regularly on trekking expeditions. He is still a part of the Iranian community in his city and gets invited to their festivities on Navroz the New Year of Persians.

Amit Shah should change his name first as it has Persian origins : Irfan Habib