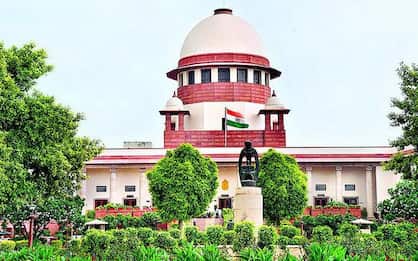 NEW DELHI:  The Supreme Court on Thursday questioned the Centre on the utility of having sedition law even after 75 years of independence. The Court also expressed its concern on sedition law being misused by police against persons who speak against the government.

A bench headed by Chief Justice N.V. Ramana said: “It is a colonial law used by the British to silence Mahatma Gandhi, Tilak. Still, it is necessary after 75 years of independence?” Chief Justice told Attorney General K.K. Venugopal, “I am indicating, what I am thinking”.

The bench cited the example of continued usage of section 66A of the I-T Act, which was quashed, and emphasised on the abuse of the law to arrest thousands for airing their views. The top court pointed out that sedition law is also not immune to misuse by police against persons who speak against the government. “It is like you give a saw to carpenter, he will cut the entire forest. This is the impact of this law”, said the Chief Justice.

He further elaborated that police officers even in a village can invoke sedition law, and all these issues are required to be examined. “My concern is the misuse of law. There is no accountability of executing agencies. I will look into it”, said the Chief Justice.

The sedition law was meant to suppress the freedom movement and was used by the Britishers, the court noted.

“It was meant to suppress the freedom movement and the same law was used by the British against Mahatma Gandhi and Bal Gangadhar Tilak,” it said.

It also called the law “a serious threat” to the functioning of institutions.

The Chief Justice told AG, the government has already taken out several stale laws, I do not know why the government is not looking into repealing Section 124A (which deals with the offence of sedition) of the IPC?”

Venugopal replied that he completely understands the concern of the top court. He submitted that the top court could lay down fresh guidelines to restrict the use of the sedition provision only for protection of nation and democratic institutions. Venugopal emphasised instead of taking out the entire law, parameters could be laid down on its usage.

Solicitor General Tushar Mehta submitted that once the Centre files its counter affidavit on the PIL by retired major general S.G. Vombatkere, the court’s task will be easier.

The top court’s observations came on plea by Mysuru-based Major General S.G. Vombatkere challenging the constitutional validity of Section 124A (sedition) of the IPC with a maximum penalty of life imprisonment. On July 12, another bench of the Supreme Court had sought response from the Centre and Attorney General on a plea challenging the constitutionality of the offence of sedition under Section 124A of the Indian Penal Code. — IANS