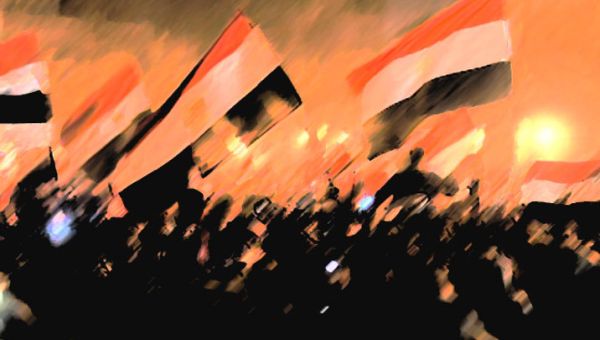 Mohamed Bouazizi was a Tunisian fruit vendor. Six years ago, in December 2010, he set himself ablaze at a market in the town of Sid Bouzi. He was protesting because the police authorities confiscated his fruit, and he could not grease their hands to get it released.

The blaze triggered an inferno of protests that sucked in almost all of the Middle East in the following spring. The lava of unrest and terrorism has reached far since then. The world has submerged in the transformative process that has been defining and redefining the new pattern of the global fabric with political weft and social warp.

Ahead of the seventh anniversary of the Arab Spring, the world is hibernating in dangerous isolation. Countries like Saudi Arabia, Bahrain, Egypt, Kuwait and Morocco withstood tremors but have significantly weakened. Syria, Iraq, Libya and Yemen are in long and bruising civil wars, witnessed almost helplessly by the United Nations and powerful world leaders. These countries are on the brink of devastation due to massive ruptures in their political and social landscape, giving rise to incessant seismic demands for regime change.

Many research studies, the most well-received being from Washington’s Centre for Climate and Security, have shown that though climate change was not the direct cause for the Arab Spring, it hastened its occurrence. The Arab region is a major importer of food. The droughts in 2010 in exporting countries like Russia, Ukraine, China and Argentina, and the extreme weather events at the same time in major wheat and grain producers like Canada and Australia, created global food shortages. The UN’s Food and Agricultural Organisation (FAO) says these climate change-related events around 2010 drove up commodity prices globally.

For the Arab regimes, already dealing with internal socio-political and suppression and reeling under the cover-up of inequalities among rich and poor, the steep rise in global food prices heightened the tensions. The Sidi Bouzi event was the proverbial last straw.

Switch to September 2015. Alan Kurdi was a three-year-old Syrian boy; he drowned in Mediterranean Sea while his parents were fleeing to escape the violence back home. Kurdi’s body drifted and was found on a Turkish beach. That image of Kurdi, lying with his head in the sand, as if imitating the Ostrich-like behaviour of the international community, made global headlines.

Islamic State of Iraq and Syria (ISIS, or Daesh in Arabic) is the violent and terrifying off-shoot of the Arab Spring. It has sent shivers up the world’s spine. Indeed, history books will be replete with the root causes of the Islamic State’s rise and subsequent terror acts, leading to the refugee crisis in Europe.

The US invasion of Iraq is now well-recognised by expert analysts as one of the root causes of the Daesh’s creation. The real fuel for the inferno was provided by the brutal inequality and climate change.

A new study published last month in Proceedings of the National Academy of Sciences says drought in Syria, exacerbated to record levels by global warming, pushed social unrest there across a societal line into an open uprising in 2011. The drought in Syria from 2006 to 2011 — the worst on record there — destroyed agriculture, causing many farm families to migrate to cities. The influx added to social stresses already created by refugees pouring in from the war in Iraq. The ISIS-led terror attacks have triggered Europe’s unprecedented migrants’ crisis with millions entering every year over the last two years — an agonising wave of displacement not seen since World War II. Most arrive in the summer due to the obvious weather advantage.

Europe had its Summer of 2016 that also saw the unexpected Brexit and number of political upheavals and violent events in countries like France, Germany, Hungary and Italy. The spiral of terror and devastating social disruption is threatening to be a new norm and new world order. It is ironic that Europe has to go through its own “regime change” while pursuing its — and Washington’s — dogmatic regime-change policy in the Middle East and elsewhere.

The telling chronicles of the US presidential election and Donald Trump’s win are as astonishing as storylines of the European Summer. More stunning stories that are now coming are about the American Winter that has brought change in the climate around Trump. His proposed appointments, including that of Rex Tillerson, the Exxon CEO, as Secretary of State, have frozen the minds of environmental warriors. Some of them have seen this appointment as a proposal to paint the White House with the black colour fossil fuels represent.

Less published news in the American Winter is about the meeting of Al Gore, the former US Vice President and one of the passionately scientific advocates of fighting climate change, with Trump. As per Al Gore they had a lengthy and very productive session and it was a sincere search for areas of common ground. Earlier in November, after his election, Trump had said in an interview with the New York Times that he is looking at the Paris climate agreement closely and that he has an “open mind to it”. These turnarounds have signs of yet another new world order — disruptive controversies radiating hope of change.

The 16 years of this millennium have seen a record number of hottest years ever in recorded human history. New evidence of the receding snow line in the Arctic and the recently-reported polar vortex there are the obvious signs of climate change. At the same time, the world is waking up in 2017 to disruptive controversies. Such disruption may prove to be positive and may finally break the ice on the fight against climate change. After all, the “talk without walk” of the world leaders over the last over 25 years on climate change has kept the people in a “feel good” state after every international event on climate change but brought the planet to the brink of disasters by accelerating Arab Spring and the European Summer. Maybe the hibernating controversies in the American Winter will give rise to new action on climate change. Indeed, climate change needs a business solution and revenue models that a businessman like Trump is familiar with.

(Rajendra Shende, an IIT-alumni, is Chairman of TERRE Policy Centre, a former Director of UNEP and currently serves as an Senior Expert on its Technology and Economic Assessment Panel. The views expressed are personal. He can be contacted at shende.rajendra@gmail.com)—IANS