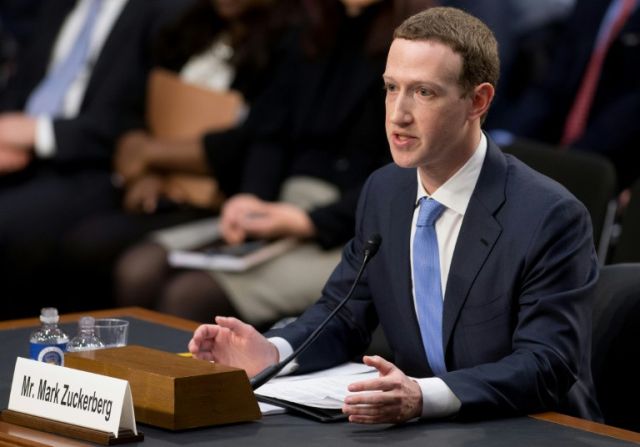 New Delhi: Accusing Facebook of ‘fomenting communal hatred’ and ‘influencing’ elections in India, main opposition Congress on Monday reiterated its demand of a joint parliamentary committee probe into it. The party alleged that “Facebook has reduced itself to a Fakebook” and acted as an all-weather ally of the ruling BJP. It also asked why Facebook did not designate RSS and Bajrang Dal as ‘dangerous organisations’ based on its own internal reports.

Addressing a press conference at the party headquarters here, Congress spokesperson Pawan Khera said  the latest expose once again brought it to the fore that  Facebook was acting as an ally of the ruling BJP and pushing its agenda.

“Facebook’s tryst with bias favouring their all-weather ally: the BJP is nothing new. We all remember the incident involving Ms. Ankhi Das, who was questioned by the parliamentary panel on the alleged bias by Facebook in dealing with hate speeches including her own internal postings detailing her explicit support for the ruling BJP”.

While raising the purported leaked internal reports of the social media giant on not initiating action against hate speech posts on its platform in India , he said “Facebook was trying to “‘compromise and undermine our democracy in trying to shape through fake posts the opinions of people’.

Khera referred to research documents by whistleblower Frances Haugen, who has worked at Facebook, and alleged that it took no decisive action against the perpetrators of such hate posts in Hindi and Bengali.

The Congress spokesperson said that Facebook’s internal reports have identified fake accounts with over a million impressions, yet it did nothing about it.

He alleged that BJP workers and those of its affiliates have infiltrated into the structure and functioning of Facebook.

“What right does Facebook have to push a particular ideology through fake posts, pictures and a narrative? It is shocking how only 0.2 per cent of hate speech is removed by Facebook, which despite making the most money from India, does not have the mechanism to filter posts in Hindi or Bengali,” he said.

And added that just nine percent of users in India are in English and yet they do not have systems to filter the posts of regional languages.

Alleging that the role of Facebook during Delhi riots and West Bengal elections has been under suspicion, he said “The role of Facebook can no longer be dismissed as an error of omission as they are knowingly furthering the agenda of the ruling party and its ideology which is hate-filled, bigotry and dividing society.”

“Why is Facebook quiet on these accusations which have come from within it? Why is the government silent on this, just because it suits their agenda and Facebook has become a tool in the hands of the BJP and its affiliates,” he asked.

Khera alleged that in the wake of an expose by its own former employee, there are many questions that Facebook and the government need to answer.

“Despite knowing all of this, why hasn’t Facebook designated RSS and Bajrang Dal as ‘dangerous organisations’ based on its own internal reports?

“While the Government of India had been extremely proactive against Twitter citing Social Media safety compliance, why are they not uttering a word now,” he asked.

“Doesn’t this clearly implicate the presence of a ‘quid pro quo’,” he asked.

Internal documents at Facebook show “a struggle with misinformation, hate speech and celebrations of violence” in India, the company’s biggest market, with researchers at the social media giant pointing out that there are groups and pages “replete with inflammatory and misleading anti-Muslim content” on its platform, US media reports have said.

With about 370 million users of the Social Media platform in India, in terms of user base India is Facebook’s largest market in the world.

Facebook’s safety team earlier in 2020 had concluded that the Bajrang Dal supported violence against minorities across the country; it was speculated that Facebook was on the verge of designating them as a ‘dangerous organisation’ and ban them from the platform. But, subsequent to a report by Facebook’s security team which stated, ‘besides risking infuriating India’s ruling nationalist politicians, banning Bajrang Dal might precipitate physical attacks against Facebook personnel and facilities’, and thus, the Social media giant caved in and prioritized their business over the safety of millions of Indians.

“We demand a JPC probe to look into the role of Facebook in influencing our elections,” Congress leader Khera said.

There was no response from Facebook India to these latest allegations.