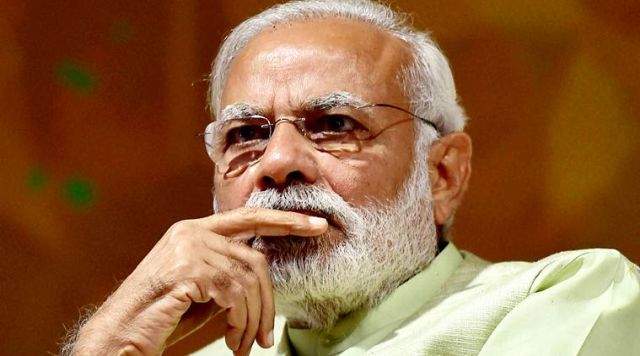 Indian Prime Minister Modi went to Ladakh  Friday. Traveling to the Leh area of Ladakh, he flew from there to study the situation and security conditions at the border. It was observed via his live speech that PM Modi did not even pronounce the word China but he found using emotional poems and Thirukkural couplets in Tamil language where he wasn’t actually comfortable phonologically. P.Chidambaram on his Twitter writes that PM Modi neither while addressing in the meeting, TV program, while speaking in front of soldiers nor in any speech, have mentioned the name Chinese which still smells mystery. ‘Were the Chinese troops who really occupied the Indian mainland, or the strangers from the lunar eclipse who did? I will not say that PM Modi is afraid, but I’ll say hesitant, Why this hesitation?’ he added

Earlier, in the wake of rising tension between Indo-Chinese soldiers at the border, Indian PM Modi today inspected the area of the conflict. Traveling to the Leh area of Ladakh, he flew from there to study the situation and security conditions at the border. Army Commander Bibin Rawat also accompanied him.

Prime Minister Modi then addressed the army personnel at Nimmul. He then spoke that ‘the morale of Indian soldiers is as strong as the mountain. You have taught the country’s enemies a lesson. Enemies have seen your anger. The enemy fears the courage of the Indian soldiers. The bravery and courage of the army is a testament to India’s strength globally. India is ready to face anything. The strength of our army is higher than the Himalayas. I bow to the action of our soldiers. This country relies on your strength. The country currently has unbreakable hopes. No one can occupy our land. I pay a heroic tribute to those who died to save India.’ Here as observed by many political analysts Modi couldn’t even utter the word Chinese as if the anger, enmity and grudges are reserved only for Pakistan.