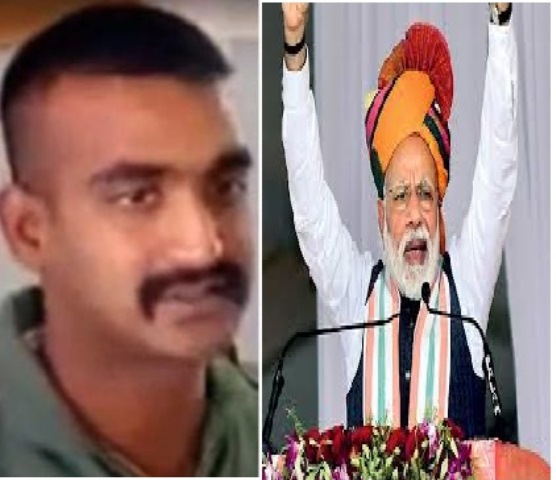 Although the Indian government has said it expects the “immediate and safe return” of an Indian Air Force pilot captured by Pakistan after an air combat that marked the worst escalation between the neighbors in decades, but this doesn’t absolve Modi government of the responsibility to ensure his return.

Has Modi government made the pilot a scapegoat for his election is a big question.

Meanwhile, New Delhi summoned the Pakistan envoy and lodged a strong protest over what it called an “unprovoked act of aggression by Pakistan”, saying its jets had targeted military installations in India a day after Indian fighter jets crossed the Line of Control and carried out a strike at a major terror camp.

Pakistan initially claimed it had two Indian pilots, but amended later that “there is only one pilot” and he is being treated “as per norms of military ethics”. In various videos circulated by Pakistani accounts, the pilot was seen blindfolded and wounded, his arms tied behind his back, being interrogated. The videos were taken off as Pakistan faced allegations of violating the Geneva Convention for prisoners.

Later, a video showed the pilot sipping tea, saying that “officers of the Pakistani army have looked after me well”

It can’t be business as usual with him crisscrossing the country at taxpayer expense making political speeches while our pilot is a Pakistani captive,” Abdullah said in a series of tweets.

For the record it’s not just unsolicited advice to the PM, I had requested the opposition to postpone the meeting in light of the developments, especially after the news of our pilot being in Pakistani custody but they felt otherwise. I chose not to attend as a result.

“In the meantime, Pakistan please treat him as you would have us treat one of your men in uniform should he be unfortunate enough to be captured on this side of the border,” he said.

“Thoughts with the family, friends & colleagues of #WingCommanderAbhinandan. Prayers for his early & safe return home to all those eagerly waiting for him,” he added.