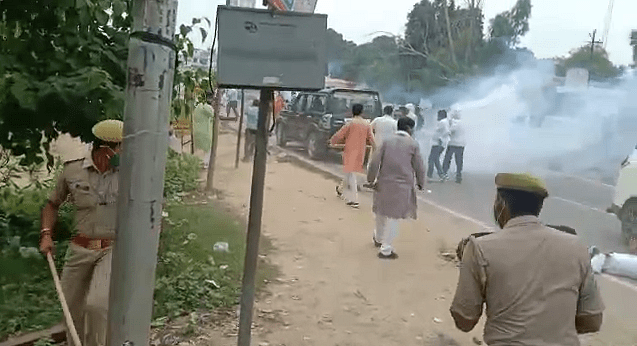 LUCKNOW — Widespread violence was reported on Thursday from various districts, including Siddharthnagar, Sitapur, Gorakhpur, Sambhal during the nomination of papers for the block pramukh elections.

Majority of the incidents took place when the opposition candidates were prevented from filing their nomination papers.

In Sitapur, three people received bullet injuries when an independent candidate Munni Devi arrived to file her nomination in Kamlapur.

She was prevented from going in and unidentified persons opened fire in the presence of the police. Her supporters created a ruckus and some people lobbed crude bombs.

“It is BJP leader Tejaswi Jaiswal who snatched the papers which led to tension and clashes,” said Varma.

In Kannauj, SP and BJP supporters clashed. SP leaders alleged that they were being prevented from filing nomination papers.

A journalist with a news channel was beaten up while he was filming the incident.

Similar incidents were reported from Fatehpur where some people brandished firearms in the presence of the police and tore up the nomination papers of some candidates. Journalists were also roughed up.

“This is state sponsored terrorism and certainly not what is expected in a democracy. We strongly condemn this,” he said.