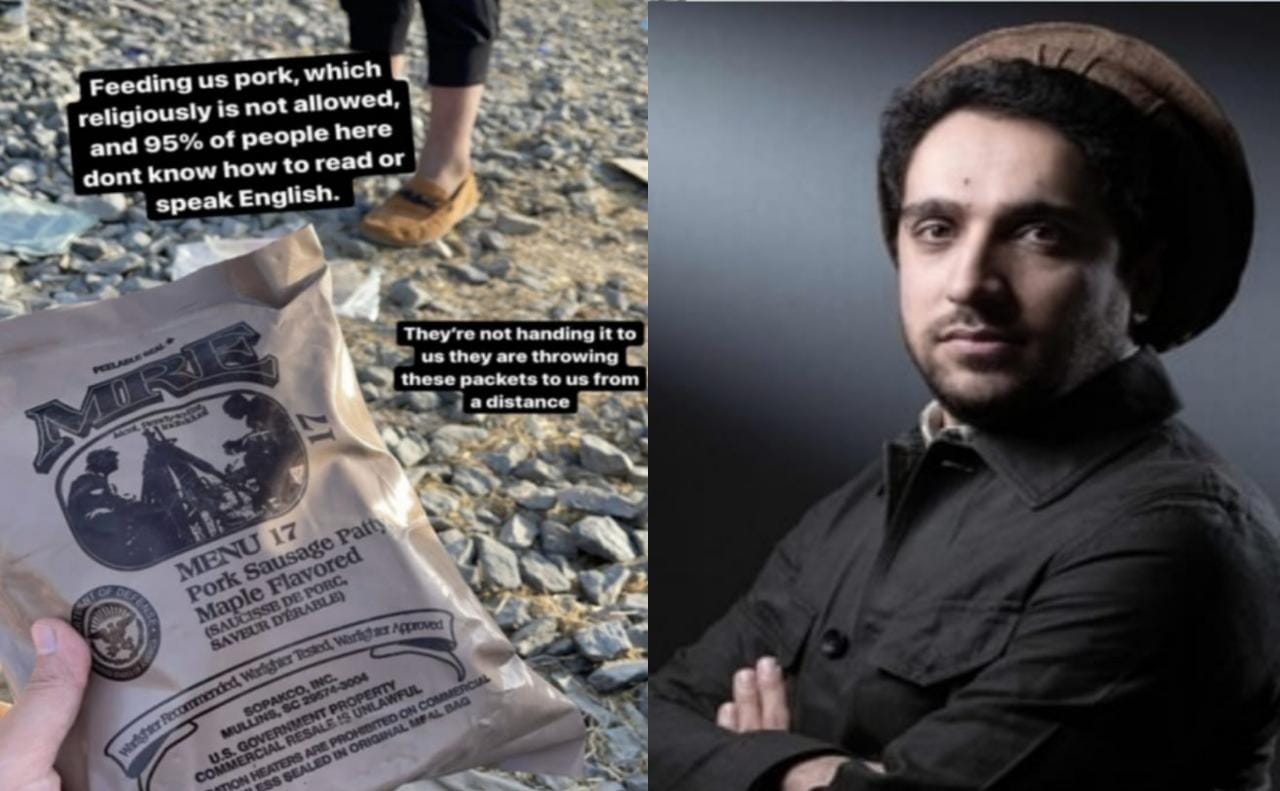 The situation in Afghanistan is changing every moment. There is a whole lot of news pouring into, and certainly, the entire scenario seems to be in a grip of chaos and more chaos. In the same, came the news that Afghan-Taliban are now to face a formidable foe, in the form of Ahmed Shah Massoud Jr. , who is out to challenge the sovereignty of AT, all the while as Amr-ul-Lah Saleh, the Ex. Vice President, has also joined the ranks with Massoud Jr. in the Panjshir Valley, calling for the resistance against AT. The voices from across the world, started to gather momentum to arm ‘Massoud Jr. and Party’ to resurrect the specter of Ahmed Shah Massoud Sr., who had put up a resistance against AT in 1990’s, but now, perhaps, the entire geo-political situation has changed, and what the world see today, is Russia and China by the side of AT.

But, everyone who had hoped that Northern Alliance, inherited by Masood Jr, was to offer resistance to AT will be in jeopardy, as according to The Telegraph of England, on August 23 1 , it has come to light that Masood Jr. has relented and has given signals for a viable settlement (read surrender)! The article informed, ‘ Son of legendary Afghan commander seeks ‘settlement’ over last anti-Taliban stronghold. Ahmad Massoud is part of the National Resistance Front of Afghanistan, but is seeking to reach a deal with the Taliban. Opposition fighters in the last pocket of anti-Taliban territory in Afghanistan are searching for a “negotiated settlement” as they lack resources and international support, a key adviser to the group has told. Ironically, ‘in his first interview since the fall of Kabul, Massoud told the same newspaper last week that his surrounded forces would “ fight to the last breath” if it came to war. But, an adviser to Massoud, whose identity is not disclosed, said the 32-year-old was looking for a way to capitulate with his honour intact. “Panjshir can’t fight the Taliban, the Taliban have overwhelming forces,” the adviser said. “This is not the 1980s or 1990s, the Taliban have battle hardened fighters.”

The message from AT, is also clear that no-more-bloodshed is perhaps the maxim, and Hindustan Times on August 25 2 informs, ‘We are in contact with people of Panjshir. We are in talks with the elders, influencers, and Jihadist commanders. The talks will soon solve the problem without war. I am 80 per cent confident that there will not be a need to go to war. According to our information, a peace agreement will be reached soon,” Zabihullah Mujahid said. He is the spokesperson of AT. May be an inclusive government involving all factions and not the totalitarian AT government is what may be into.
AT, for that matter, have now surrounded the Panjshir valley and are sitting on the main entrance of the valley, and as a mark of strategy, have struck a restriction on all the daily-needs, so as to force Massoud Jr. succumb to the possible-deal, but US would see it scuttled, and may be arms etc would reach ‘Massoud Jr. and Party’ from Tajikistan or through the circuitous routes of the hills surrounding the valley. The biggest question which worries US, is that, that despite the arms and money supplied to Massoud Jr. what if yet he surrenders? What then would make of US? As this is what Ashraf Ghani has in totality all proven!

The story from The Telegraph, is perhaps, also to counsel US and allies, that if it goes ahead with arming Massoud Jr. against AT, it would not be worth it, primarily also for the fact, that when AT can stamp their sovereignty over whole of Afghanistan, how long with ‘Massoud Jr. and party’ would last. The possible way-out for Massoud Jr. would be a ‘face-saving-way-out’ and also for AT who took control over Kabul without any resistance. Hence, what makes a suitable choice for Massoud Jr. is a ‘settlement’ and not ‘surrender’ as that would invite a stigma for him in future.

Meanwhile, around the scramble at Kabul airport, as Afghans try to flee, and which, had already witnessed gory scenes, there was yet a nightmare-in-waiting, as Afghans were supplied with ‘pork-meat’ by the US forces responsible for the security at the airport. Islam prohibits eating of pork in strict terms. The ‘wrappers of pork sausages’ (sic) is what may be the worst what US could do to the hapless Afghans.

An article highlighting the same in Dailyabah on August 21 3 said, ‘US soldiers distribute pork to Afghans stuck at Kabul airport. US soldiers stationed at the airport at Kabul Hamid Karzai International Airport are distributing pork-containing food packages to Afghans desperately waiting for a chance to flee the country. An Afghan woman, who is stuck at the airport with her daughter and husband, shared a picture of the package on her Instagram account. “Feeding us pork, which religiously is not allowed, and 95% of people here dont (sic) know how to read or speak English,” she wrote as she posted a photo of the package containing “pork sausage patty, maple flavored.” “They’re not handing it to us, they are throwing these packets to us from a distance,” she added.’

This Aug. 21, 2021 screenshot of an Instagram story shows a pork sausage package distributed by U.S. soldiers at the airport in Kabul,

It may be a matter of days that ‘Massoud Jr. and Party’ will enter into an understanding with AT, as the 320,000 army of Ashraf Ghani, trained by US has fizzled-out! Rasheed Dostum and Amr-ul-Saleh and Ashraf Ghani have all fled the Presidential Palace, hence, the tide is what favours AT. Yet, all the forces inimical at AT, want to propel Massoud, but that might be all too short-lived in all its probability. It may therefore be that Hamid Qarzai, Abdullah Abdullah and even Massoud Jr.-all formidable names, are likely to become partners in governance, as this time AT have signaled to run-the-government , all but within the parameters of Islamic Shariah as the law.

As new developments surface from Afghanistan with every passing day, the Russian President Vladimir Putin is said to have called India’s PM Narendra Modi for 45 minutes, to be immediately followed by dialing to Chinese Premier Xi Jinping and later to Pakistan PM Imran Khan. He had already spoken to German Chancellor Angela Merkel that West should not impose its values on AT. Russia and China have shown their open proximity with AT.

How things will settle, as there are reports of new blasts at Kabul airport, is what only time would tell.

***
The writer is a former UP State Information Commissioner and a political analyst.
References:
1-https://www.telegraph.co.uk/world-news/2021/08/23/son-legendary-afghan-commander-preparing-surrender-last-anti/
2-https://www.hindustantimes.com/world-news/peace-deal-with-panjshir-resistance-taliban-80-confident-claims-report-101629891579972.html
3-https://www.dailysabah.com/world/asia-pacific/us-soldiers-distribute-pork-to-afghans-stuck-at-kabul-airport