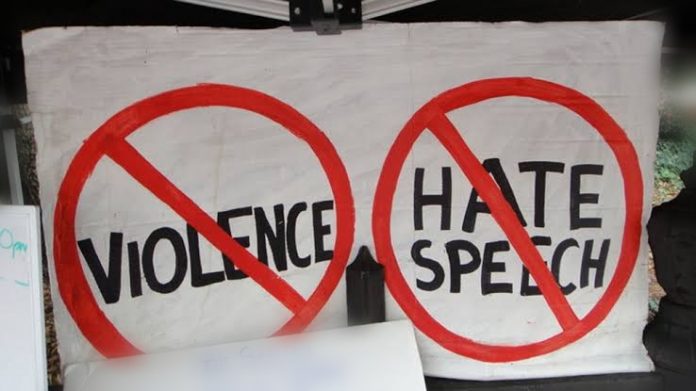 New Delhi : The Election Commission of India (ECI) has told the Supreme Court that hate speech has not been defined under any existing law in India and in absence of specific law on ‘hate speech and ‘rumour mongering’ during elections, the commission used Indian Penal Code (IPC) provisions and the Representation of People (RP) Act to ensure the political parties’ members do not make statements to create disharmony between different sections of society.

In a written response, the ECI said it is pertinent to point out at the outset that hate speech has not been defined under any existing law in India.

“In the absence of any specific law governing hate speech and rumour mongering during elections, the ECI employs provisions of the IPC and the RP Act, 1951 to ensure of that member of political parties or even other persons do not make statements to the effect of creating disharmony between different sections of society”, said the ECI.

It further added, “It is relevant to refer to the judgment dated February 2, 2017, of the Supreme Court in Abhiram Singh vs. C D Commachen where it was held that any appeal to vote or to refrain from voting for a candidate on the grounds of religion, caste, race, community or language by a candidate or his agent to the electors would amount to corrupt practice under the provisions of the RP Act, 1951.”

The poll panel response came to a PIL by advocate Ashwini Kumar Upadhyay seeking a direction to the Centre to bring legislative measures to address hate speech and rumour mongering.

It added that ‘Model Code of Conduct for the Guidance of Political Parties and Candidates’ guidelines has been issued by it, and it also drew up a list of Do’s and Don’ts after the announcement of elections and till the completion of the process.

“It is humbly submitted that if it is brought to the notice of the Election Commission of India that any candidate or his agent is indulging in any speech that promotes, or attempts to promote, feelings of enmity or hatred between different classes of the citizens of India on grounds of religion, race, caste, community, or language, the Election Commission of India takes strict note of the same and thereby issues Show Cause Notice to the concerned candidate or person calling upon him/her to submit his/her explanation”, it added.

The poll panel said that based upon the reply, it issues advisories cautioning defaulting candidates or prohibiting them from campaigning for a specified period of time or even initiation of a criminal complaint (in case of repeat offenders).

The poll cited the apex court direction in Pravasi Bhalai Sangathan (2014), to the Law Commission of India examined the issue whether ECI should be conferred with the power to derecognise a political party disqualifying it or its members, if a party or its members commit the offence of hate speech.

“Whilst the Law Commission of India’s 267th Report neither answered this court’s question as to whether the Election Commission of India should be conferred the power to derecognise a political party disqualifying it or its members, if a party or its members commit the offence of hate speech nor expressly made any recommendations to the Parliament to strengthen the Election Commission of India to curb the menace of “hate speeches”, it did suggest that certain amendments be made to the Indian Penal Code and the Code of Criminal Procedure”, said the poll panel.— IANS