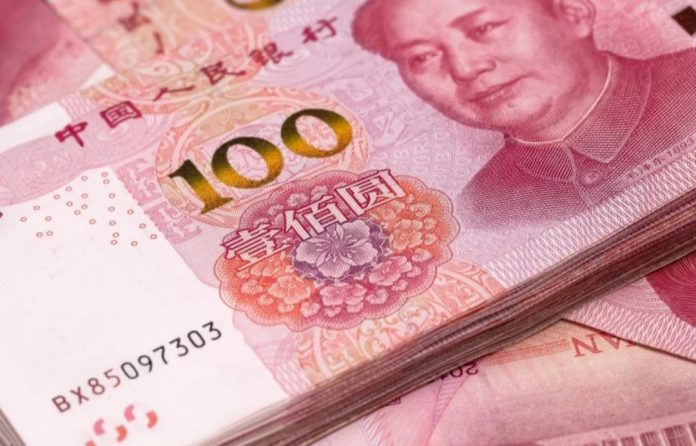 Ever since April 11, when the change of guard happened in Pakistan, as  Imran Khan bowed-out and Shahbaz Sharif took over, there are hordes and hordes of Chinese officials, engineers, linguists etc making a beeline  back to China, reported TOI on May 17 1 .  This is a new phenomenon, as Chinese had never made such an exodus before, despite there being series of attacks and even suicide attacks on Chinese citizens engaged into the China Pakistan Economic Corridor (CPEC) etc. But this time Chinese are leaving Pakistan? The obvious answer is that Chinese do not find the ‘will-of-the-new-government’, which has now become wholly dependent on US, to save CPEC, and therefore, also the Chinese citizens! The whole world knows how US replaced the government in Pakistan.

Imran Khan was dislodged on the flimsy ground of ‘inflation and price rise ’ and now Shahbaz Sharif has hiked the petrol prices by Rs 30 in order to save Pakistan from bankruptcy. Such is the convoluted logic but what right now more interesting is the prospect of Chinese currency Yuan or Renminbi getting introduced inside Pakistan. India is to watch every such move as China and Pakistan are considered rivals to India over their ‘decades old’ territory and border disputes.  One Yuan makes 11 Indian Rupees and 30 Pakistan Rupees.

Pakistan is in turmoil as it reels under the new dispensation, and towards it, there is now a Chinese effort to pull-out Pakistan out of its economic morass, which otherwise, may also be interpreted as Chinese effort to look for ‘ an opportunity-in-disaster’ as it is learnt that ‘China has proposed to Pakistan to set up a renminbi (RMB) capital circulation system to promote trade and other transactions in the Chinese currency. In this regard, it has been suggested that the State Bank of Pakistan (SBP) hold talks with the Bank of China,’ informed Tribune.Com on May 27 2 . If this is to go ahead then Pakistan is soon to initiate a capital circulation system, only for the Chinese currency, and that Chinese currency would be used for any Pakistan international trade too. The Chinese logic is this would help stall the rising rate of US Dollar and help resuscitate the Pakistan rupee. This whole Chinese step, touted as a damage-control, however, is fraught with many upcoming dangers too.

It may also be otherwise mentioned that opinion-making towards accepting Chinese presence in Pakistan economy, as Economic Times 3 had reported, has been quite underway as Pakistan had decided to allow Yuan-based trade with China way back in 2018 . The combined efforts of Pakistan-China to downplay USD in international market had been quite going-on, with the exception that today there is a different political situation in Pakistan. Therefore, the tall claims of RMB to be as the anti-USD trend in Pakistan, as reported through the headline from Silk Road Briefing 4 in 2019,  may now  get accelerated, but at the same time, when US is back in very corridor inside Pakistan, such ‘easy-way’ for China may not be so easy at all.

The skeptics are now of a view that if Pakistan starts to trade in Chinese Yuan, US is not to let it happen as that would be a Chinese signal to dislodge USD as an international currency. China, it may be mentioned, has since the last few years, been relentlessly engaged with Russia, to bring down USD, and ironically, Russia’s currency Ruble, despite the Russia-Ukraine war, has become very-powerful, as Russia had sought its ‘gas-and-oil products’ exports, to be paid only in Ruble from European nations etc.

How and when it would happen that Pakistan starts to transact its international ‘import and export’ in Yuan is to be seen, as China has suggested, as a part of first phase, that Pakistan starts to promote ‘trade in the Chinese currency, as a pilot project encompassing the introduction of RMB pricing in the first phase. In the second phase, the RMB settlement and financing policies should be focused on. The exchange rate for the currencies of both countries should be set in the China Foreign Exchange Trading System (CFETS) and in authorised banks declared as cross-border currency markets in China and Pakistan.’

This will first make the Pakistan business installations get sensitized on what would be the international rate of Chinese RMB vis-à-vis Pakistan rupee, its stability etc and will then gradually move to Pakistan converting Pakistan Rupee into RMB for its international import/exports. Thus, an alternative to USD from Pakistan is set to emanate, and this will help China replace USD as a monopoly in international market and help China attain its global currency. In return it might also help Pakistan Rupee from further depreciation.

If this move is to sustain, which is very unlikely, then China will make its first move towards challenging US in the currency wars, which of course is not to succeed so easily, as it will definitely find its stumbling block from US,  more perhaps, for the sake as the present government seems to be a mere pocket-borough of US. How this Chinese effort will fare is what time would tell. Pakistan right now is undergoing a tumultuous time, where the outgoing Imran Khan has given a call for real-freedom, which would mean Pakistan as sovereign of its policies, and not to ventilate between China and US for it.

Let’s see what happens in Pakistan until it goes to polls again.