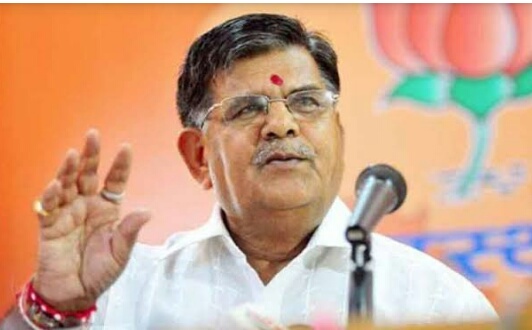 With election season set to roll, BJP’s Leader of Opposition in Rajasthan Assembly Gulab Chand Kataria raked up a fresh controversy by advocating that Muslims should limit themselves to two children.

Holding the Muslim population responsible for the plight of the nation, Kataria asserted that laws need to be changed.

“If we (Hindus) limit ourselves to two children then they (Muslims) should also restrict to two. All our efforts towards improving the system went in vain because of this (Muslim population) reason,” said Kataria.

He said that the condition of the population will worsen in the coming 50 years if not properly dealt with by amending or changing the laws. “The condition is hard to imagine in the next 50 years,” Kataria said.

“There is an urgent need to change the law and law can only be changed if we have the two-thirds majority,” said Kataria.

After the BJP got defeated in the recently held Assembly polls in Rajasthan, Kataria was unanimously chosen as the LoP in the Assembly.
As Home minister of the state during Vasundhara Raje government, Kataria had stirred controversy when he said that Muslims cannot be considered a minority in the country as they have a huge population.
(ANI inputs)