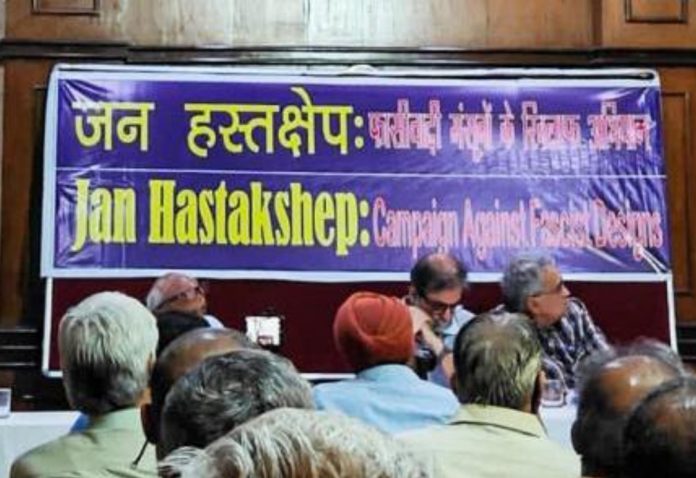 New Delhi:  During a discussion on ‘Sanctifying the Culture of Hate and the Future of Indian Democracy,’ notable academics, lawyers, journalists, and activists discussed many facets of the ‘Culture of Hate,’ which is primarily fostered by the RSS and BJP governments at the national and state levels. They warned that removing Muslims from daily life as a policy would be terrible for the country’s secular fabric.

Speakers discussed the social, cultural, political, and economic dimensions of the ‘Culture of Hate’ fostered primarily by the RSS and the BJP government at the Centre. 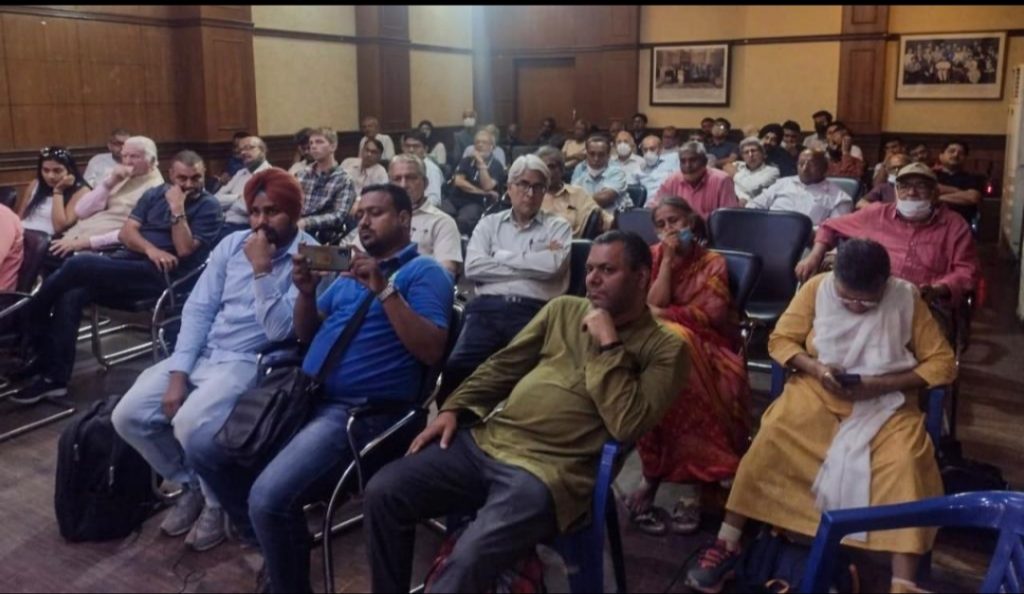 Prem Shankar Jha narrated numerous examples of the syncretic religious traditions of Islam as practised in Kashmir to debunk the utterly misleading agenda about Kashmiri Muslims that is being promoted through the film ‘The Kashmir Files,’ declaring that this culture of hatred is based on utter lies and falsehoods being dinned into people’s minds.

Siddharth Varadarajan, highlighting the policy of erasing Muslims from everyday life, remarked that rather than staging large communal disturbances as in the past, Muslims today are being sought to be alienated using small-scale but high-impact measures. “They are attempting a number of things, including love jihad, the hijab issue, conversion, land jihad, triple talaq, and the verdict on the Babri Masjid,” he said. They have a number of minor cuts on Muslims. …… The cumulative effect of lynchings, hostility, and the cultivation of suspicions about one another is far greater.”

Shamsul Islam, speaking to the gathering, highlighted the need of everyone understanding that the RSS is not just anti-Muslim and anti-Christian, but also anti-Hindu. “The quest for equality is opposed by the RSS,” he remarked. When the Constitution was passed, the RSS restated their desire for Manusmriti, which is opposed by the majority of Hindus and women.”

In response to a question about the role of traditional Muslim leadership, Islam claimed that rather than striving to unite with the suffering majority, they are becoming embroiled in the RSS game plan. “We are now fighting instances claiming that Hijab is a fundamental element of Islam,” Islam warned. We’re attempting to play the RSS game. We must combat the sickness rather than just the symptoms.”

The Kashmiri filmmaker Sanjay Kak denounced the controversial film ‘The Kashmir Files’.  He said in the film the way the rationale for killing and dispossessing Muslims is presented is disgusting. He cautioned that the deliberately deceptive agenda would inevitably retaliate against the greater Indian society sooner or later.

He stressed the importance of accepting and respecting the Kashmiri people because of their distinct cultural, linguistic, political, and religious identities, rather than attempting to diminish these identities to fit the political agendas of the powers that be.

Hartosh Bal highlighted  the trajectory of the rise of RSS-BJP saying it is because of the unbreakable vote bank enjoyed by BJP in the north of Vindhyas among the upper castes, primarily the Brahmins and the Baniyas.

He said that the upper caste consolidation is fostered through a well thought out strategy of hatred that is directed at the construction of Muslims as the new untouchable class. He claims that the upper caste’s unification is aided by a well-planned campaign of hostility aimed at establishing Muslims as the new untouchable class. The BJP is aiming to ensure Muslims’ permanent untouchability, without which the entire idea of ‘Hindu Rashtra’ will be jeopardised. By contrast, the other political parties had failed to bring larger sections of people under their fold.

The meeting adopted a strong  resolution against the rising culture of hate in the country.

It  expresses its sense of alarm and indignation at the developments in the country’s polity, institutions of governance, other societal institutions and various walks of life that have not only resulted in promoting a ‘Culture of Hate’ in the country, but also its sanctification in everyday life. For the purpose of political expediency the culture of hate is primarily targeted at the largest religious minority – the Muslims, but is easily extended to every individual and section of society that stands up against the divisive and anti-people policies of the present government. ‘Hate Speech’ targeting the Muslims and those opposing the perpetrators of hate, seems to have been established as the new ‘etiquette’ of public discourse in different walks of life.“

It further states that “The numerous tactics being deployed to divide and polarize the society are but a means to an end. The real design is to facilitate accelerated loot of the country’s resources by a narrow circle of expropriators at the cost of people at large…… .”

It also took exception to the role it is being played by the judiciary.

“Even the spasms of ‘conscientious interjections’ indulged in by the higher judiciary reek of its prevarication, are self-serving and attuned to suit political convenience. Their supposed progressivism is in fact facilitated to the extent to which peoples’ struggles manage to push the government on to the defensive. It is a matter of shame that the Delhi High Court recently had the temerity to sanctify ‘Hate Speech’ by stating that if said with a ‘smile’, especially during election time to create a ‘mahaul’ (atmosphere), it does not amount to criminality”.

“This gathering, while condemning the hate crimes and the culture of hate, appeals to those wielding constitutional power to fulfill their obligation of upholding the constitutional values. However, a realistic assessment of the situation asserts that any hope for our collective brighter future can emanate only from building concerted struggles of the working masses of the country, as indeed was shown by the recent farmers’ movement. ……………….. Silence is an option we can exercise only at our own cost”.

Hate crimes against Muslims see no end, multiple events reported in the past one week