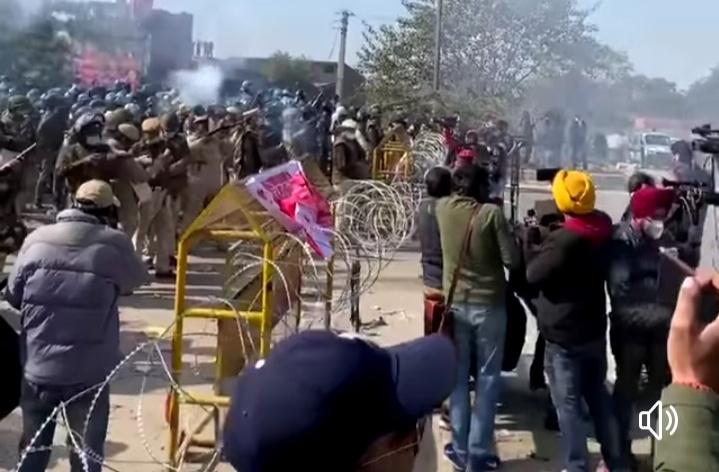 New Delhi:  Prominent women organizations sent a letter to the Prime Minister urging him to stop repression of farmer’s legitimate and peaceful protests immediately. Expressing solidarity with the farmers, who have been camping at Delhi’s borders for last four days  as they were not allowed enter in the national capital , women activists said “national women’s organisations are deeply concerned about the adverse impact of your policies and the recent three anti-farmer laws passed by your government on women in the rural sector”.

They also threatened to  hold nationwide protests against the ‘ruthlessness’ exhibited by the Union government  against farmers and made demanded  to withdraw  all cases imposed on the struggling farmers and leaders of the farmers’ organisations.

The text of the letter

Repeal the three anti-farmer Acts enacted during the pandemic

We, the undersigned national women’s organisations are deeply concerned about the adverse impact of your policies and the recent three anti-farmer laws passed by your government on women in the rural sector. Women, even though not recognised as farmers, are equally engaged in agricultural operations. A large number of women still remain as “invisible contributors”. The role of women in the agricultural sector cannot be ignored as they comprise 33% of the agriculture labour force and 48% of the self-employed farmers.

Farmers are reeling from persistent agrarian distress and the economic impact resulting from the unplanned and draconian measures taken by your government to deal with the pandemic.  This has put agriculture dependent families under severe indebtedness and resulted in increased farmers suicides. Women farmers from the suicide affected families are in a totally vulnerable situation. Women are not the holders of land titles. Hence they receive no help from the governments to cope with the double calamity of indebtedness and suicide that hits them. The escalating price rise of essential commodities, unemployment and hunger is having serious consequences on the lives of women and vulnerable families.

The Agricultural Trade and Commerce Act, Farmers Price Assurance Act and Essential Commodities (Amendment) Act enacted by the Union Government in October 2020 have evoked nationwide protests which include huge participation of women farmers, as it will put farmers and their families at the mercy of agri-businesses. Encouragement to contract farming will lead to further landlessness ad destitution. These laws will lead to the destitution of women farmers with no protection from the unsparing loot by the corporate lobby. These acts will lead to decreasing decentralised procurement by government and dismantling of the public distribution system. Farmers’ organisations have been consistently raising the demands of loan waivers and fixation of a minimum support price on the basis of the report of the Swaminathan Commission. It is unfortunate that your government has chosen to disregard these just demands and push the farmers into further misery by passing the anti-farmer laws.

We strongly condemn the brutal repression of the farmers’ struggle, tear-gassing and water cannoning them in the bitter cold. The BJP-RSS central and the BJP UP and Haryana state governments too have unleashed unprecedented barbarity on the peaceful farmers wanting to reach Delhi for their just demands.

We express solidarity with the farmers’ struggle and will hold nationwide protests against the ruthlessness exhibited by the Union government under your leadership.

The letter signed by the organsations as follows: