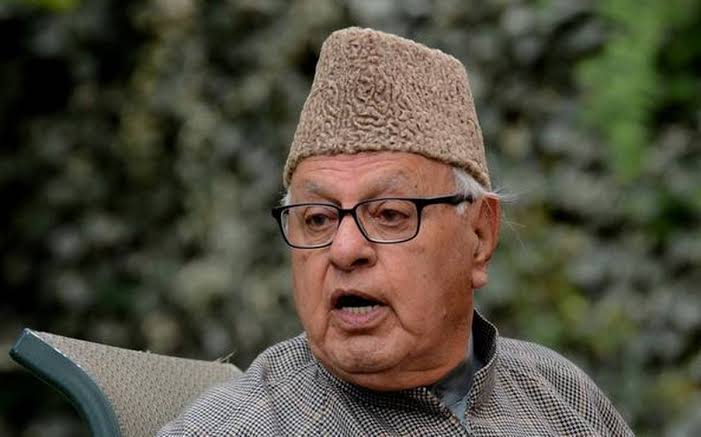 Amid speculation about any possible changes to the status of the Union Territory of Jammu and Kashmir, former J&K Chief Minister and National Conference President Farooq Abdullah said on Wednesday that he won’t resign as a member of the Parliament and will continue to fight for peoples rights.

He was talking to reporters after a meeting convened by the People’s Alliance for Gupkar Declaration (PAGD) at the residence of former Chief Minister Mehbooba Mufti here.

I won’t resign from the Parliament. We will continue to fight for the rights of the people in the Parliament till we are alive,” Abdullah said.

To a question on the rumours about a further bifurcation of Jammu and Kashmir and the creation of a separate Jammu state with parts of Kashmir Valley in it, he said such rumours keep floating in Kashmir and they have also been hearing the same.

“Rumours always keep floating in Kashmir. Let them do what they want to do, we are holding the rope of Allah and we hope that he will keep our future secure,” he said.

The meeting convened by the PAGD, a conglomerate of Kashmir-based political parties, on Wednesday was attended by PDP chief Mehbooba Mufti, Farooq Abdullah, Awami National Conference leader Muzaffar Shah and CPI-M leader Yusuf Taragami, among others.

The PAGD was floated for the reversal of the constitutional changes made to the erstwhile state of Jammu and Kashmir on August 5, 2019.

Taragami has been appointed as the new spokesperson of PAGD.-IANS

Farooq Abdullah: Govt should understand why Pandits don’t want to go to Valley