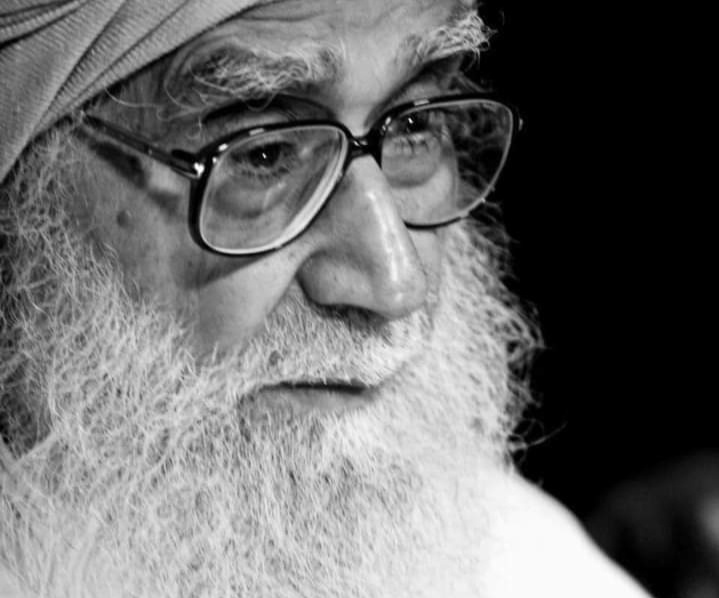 He was 96.He is survived by his two sons and two daughters.

Khan told Muslim Mirror, in choked voice, “Dada breathed his last at Apollo Hospital around 10:30 pm.” The Maulana’s younger son, Saniyasnain Khan, took to social media, informing: “With great sadness we want to share the passing away of Maulana Wahiduddin Khan. He has left us as one big family to stay united and work for the cause of Dawah. Please do Dua for him.”

Born in January 1925 in a village of Azamgarh district of Uttar Pradesh Maulana Wahiduddin Khan is credited to have authored over 200 books on Islam, prophetic wisdom, spirituality and coexistence in a multi-ethnic society. He also wrote a commentary of the holy Quran in two volumes. He has been listed in the 500 Most Influential Muslims of the world.  He is known worldwide for his masterpiece “God Arises: Evidence of God in Nature and in Science.” He started a monthly magazine called The AL-Risala (The Message) Urdu in 1976, consisting of almost entirely his writings. An English edition of the magazine started in February 1984 and a Hindi version started in December 1990. His articles include ‘Hijacking — A Crime’, ‘Rights of Women in Islam’, ‘The Concept of Charity in Islam’ and ‘The Concept of Jihad’.

The Maulana was disciple of renowned Islamic scholar Maulana Ameen Ahsan Islahi and, like other Muslim revivalists, he was influenced by the views of Maulana Abu Ala Maududi, noted Islamic scholar of 20th century, during his initial years of scholarly life. But he left the Jamaat-e-Islami Hind, founded on ideas of Maududi, in 1962, pointing out loopholes in the approach and work of Maududi.

As a result, he was largely “cut off” from the “mainstream Muslims”. He was hailed and assailed for his ‘singular, unique’ views on trajectory of ‘political Islam’ coupled with the “visionless approach” of the Muslim community to address contemporary problems in the country. The Maulana is said to be the first to coin the term ‘political Islam’ in his book and emerged to be one of the “formidable critics” of Maududi. He critically analysed the basis of Maududi’s interpretation of Islam in his book, Tabeer Ki Ghaliti (The error of Interpretation). According to him, Maududi unnecessarily keeps politics at centre-stage of Islam instead of emphasising Tawhid.

He was also among the first Muslim leaders to advise Muslims to give up claims over the Babri Masjid.

The Maulana always remained close to power, and mostly criticised by Muslims for having proximity with BJP. He also campaigned for BJP in 2014.

While scores of scholars differ from his views on politics and society, his “intellectual contribution” has earned acclaim for him across the globe.

Among a slew of rewards and awards, some of the important feathers in his hat include: the Demiurgus Peace International Award, under the patronage of the former Soviet President Mikhail Gorbachev; India’s third-highest civilian honour, the Padma Bhushan, in January 2000; the National Citizens’ Award, presented by Mother Teresa and the Rajiv Gandhi National Sadbhavana Award (2009) and the Padma Vibhushan, India’s second-highest civilian honour, in January 2021.

Muslim bodies and individuals started issuing condolence messages. Perhaps, the first amongst them came from All India Majlis-e-Mushawarat president Navaid Hamid. “May Allah raise his darajaat (status) and forgive him for any of his transgressions and bless him with His choicest blessings…Aameen…My heartfelt condolences to all his family members and admirers,” said Hamid.