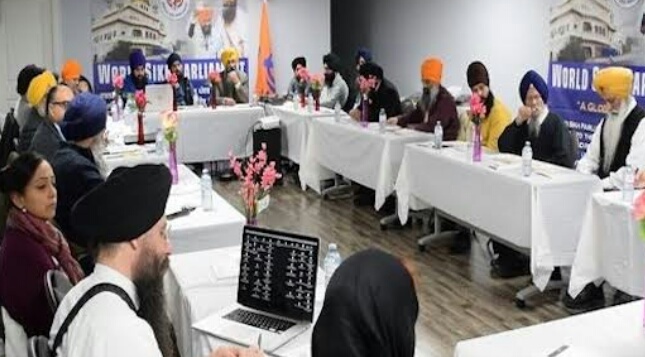 Amritsar/ New Delhi:  Opposing the Sutlej-Yamuna Link (SYL) canal project, the World Sikh Parliament on Sunday warned that if the BJP government at the Center proceeds with the project, they would internationalize the issue. Punjab Chief Minister Amarinder Singh also had warned the Centre that his state will burn if forced to go ahead with the project.

The World Sikh Parliament members from 26 countries deliberated over a conference call on the issue of the Satluj Yamuna Link (SYL) Canal issue.   They pointed out that India’s Supreme Court is preparing to deliver yet another “deadly blow” to Punjab’s riparian rights over its own crucially important river waters. Members said the Sikh Parliament with its partners would mobilize efforts worldwide,  and would  challenge the decision both within the Indian subcontinent and internationally.

They also underlined that as per International Riparian law, the state of Punjab has the first right over its waters.

“For decades Punjab is being robbed of their territorial waters. Hence, the common Panjabi speaking man must raise their voice, protecting themselves from being deprived of the waters and the revenue from the shared waters.”

The Sikh Parliament passed a couple of resolutions on the issue.

A) The SYL Canal issue is dear to all people living in Panjab. It’s a matter of right to their life. Hence, the World Sikh Parliament will work with civil society organizations to address this as a legal challenge within the National courts of India.

B)The World Sikh Parliament will work to bring awareness of this issue across schools, universities, colleges and will agitate peacefully.

“All peoples have the right of self-determination …All peoples may, for their own ends, freely dispose of their natural wealth and resources … In no case may a people be deprived of its own means of subsistence”. “

Earlier, reiterating the need for a tribunal, the Punjab CM said the SYL issue had the “potential to disturb nation’s security”.

Himmat Singh, the coordinator of the World Sikh Parliament, who  conducted the proceedings, said  the the history of the  dispute dates back to before the days of the partition.

“ In 1955, Rajasthan was allocated the majority share of water without any cost. After India and Pakistan’s formation, both the countries signed the Indus Waters Treaty in 1960, hence, settling for the unrestricted use of three rivers —Beas, Ravi, and Sutlej. The creation of Haryana in 1966 from the old (undivided) Punjab brought in the problem of giving Haryana its river waters. Punjab opposed sharing the Ravi and Beas’ waters with Haryana on riparian grounds, arguing that it had no water to spare.”

The Supreme Court (SC) of India, in January 2002, directed Punjab to continue digging for the SYL canal, ordering the canal to be functional within a year. The state of Punjab challenged and sought a review of this order. The SC dismissed the review in March 2002. On July 28, 2020, the SC had directed the chief ministers of both the states to settle the dispute by way of talks within three weeks.  No resolution has been achieved as of yet. He said the latest Supreme Court action focusses to take even more water away to Haryana.

Sikh Parliament members also   referred to the Supreme Court’s landmark judgment delivered in 2018 about the Cauvery water dispute declaring rivers as a ‘national asset,’ which ultimately New Delhi will control.

While recalling the terrible Indo-Sikh conflict of the 1980s and 1990s erupted from the resistance of the building the SYL canal, Sikh representatives noted that Punjabis of all political persuasions have no prospect of a just outcome from the Indian judiciary or the central government.  They further underlined that the BJP led fundamentalist government at the Center is again heading towards this direction, leaving no choice for Punjab’s people then to agitate.