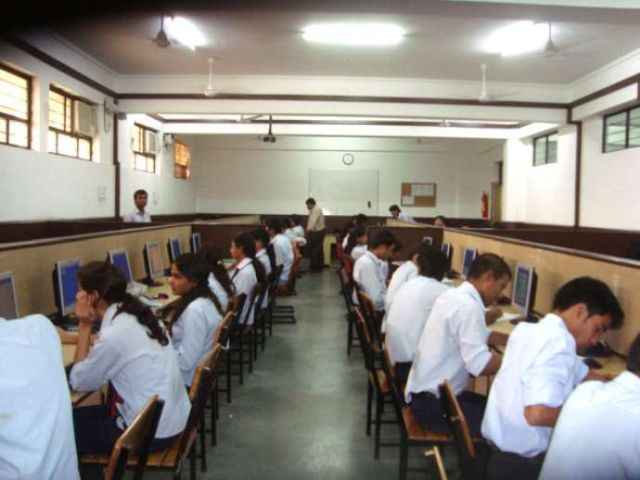 New Delhi : That some 2.37 crore people have applied as the Indian Railways kicked off the process of filling up over 88,000 posts is clearly indicative of the “jobless growth” the country is experiencing.

But the exercise has a positive side – by taking the recruitment process online, the Railways is estimated to have saved 7.5 crore paper sheets, or the equivalent of “10 lakh trees”, according to a senior Railway Ministry official.

The state-run transporter has replaced bulky, multi-lingual question booklets with online tests for its recruitment process for various positions — ranging from assistant loco pilot to technician, trackman, gateman and pointsman.

“There are 62,000 posts involving track inspection crews and others related to improving safety, while more than 26,000 posts relate to engine drivers and technicians; for these, more than two crore people have applied,” said the senior official, who is involved with the recruitment process.

The examination will be conducted online at about 300 centres and the Railways is currently working out details.

“One applicant generally requires three-four paper sheets of A4 size to write the examination. So with the whole exercise going online, the Railways has saved a significant quantity of paper sheets,” the official said.

Describing the exercise as a “largest online recruitment drive in the world”, the official said “it is not only providing thousands of jobs, the whole process has also resulted in saving about 7.5 lakh paper sheets and 10 lakh trees approximately”.

The fee has been kept at Rs 500 and Rs 250 to keep out non-serious applicants who apply but fail to appear for the test. For general candidates, the examination fee is Rs 500, of which Rs 400 will be returned to the candidate after he or she appears in the examination.

The fee is Rs 250 for SC/ST, women, those who are physically challenged, applicants from economically weaker sections, ex-servicemen — and the full amount will be returned to the candidates after appearing in the examination.

“We are expecting maximum number of applicants to appear and only about 5-10 per cent absent at various centres this time,” the official said.

Railway, which currently employs 1.3 million people, has made special arrangements to ensure that the website does not crash during the examination. The site was earlier able to handle the traffic of the online application process.

Earlier, recruitment examinations used to be conducted manually, but the Railways had to abandon the system and opt for online mode after a few alleged incidents of question paper leaks.

The online test has resulted in substantial saving of time and resources while at the same time bringing transparency in the recruitment process, the official said.