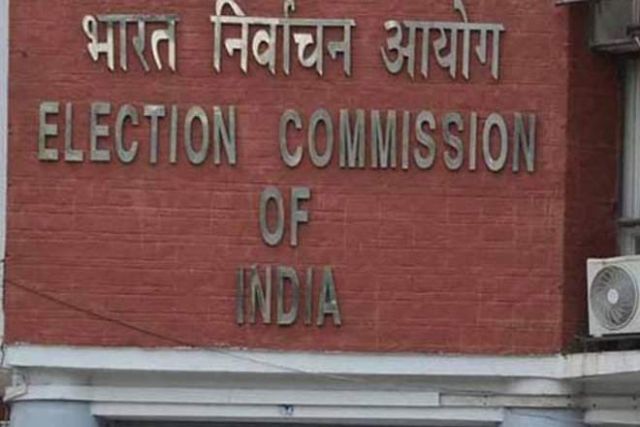 New Delhi : A neutral Election Commission (EC) is to a democracy what a violin is to a symphony orchestra or a vertebra is to the backbone. The EC, in the words of a former Chief Election Commissioner (CEC), is like a neutral umpire in a cricket match — he officiates from beginning to end without participating in the game.

But what if the players and the spectators begin to doubt the impartiality of the umpire? Well, besides taking all the fun out of the match, it will also deprive spectators of the value for the money they paid for the ticket.

The year 2017 will be remembered as a year when the EC’s integrity was questioned by not one or two but by almost every political party out of the ruling coalition. And, of course, by the media, the watchdog in a democracy.

It all began with the “unexpected” and “shocking” results of the assembly elections in five states held in February — Uttar Pradesh, Uttarakhand, Punjab, Goa and Manipur. The Bharatiya Janata Party (BJP) swept the crucial Uttar Pradesh like never before — winning 312 of the total 403 seats — besides Uttarakhand.

Uttar Pradesh sends 80 MPs to the Lok Sabha and it is said that the key to the Centre lies in the state. The regional satraps — the ousted Samajwadi Party (SP) and the Bahujan Samaj Party (BSP) — that were relegated to the margins with just 47 and 19 seats respectively, smelt a rat. They blamed the manipulated electronic voting machines (EVMs) for their devastating defeat.

In fact, it was BSP supremo Mayawati who first flagged the issue in no uncertain terms at a press conference soon after the results were out. Outgoing Chief Minister Akhilesh Yadav reluctantly joined the bandwagon and then others followed suit.

In Punjab, where the Congress led by Amarinder Singh formed a majority government, it was Delhi Chief Minister Arvind Kejriwal who led the Aam Aadmi Party (AAP) that raised a storm. The AAP, it was reported, had made all preparations for the victory procession in the state. The AAP leaders were quick to blame the EVMs.

Kejriwal, on his part, had already questioned the integrity of one of the Election Commissioners — O.P. Rawat — for the disqualification case of 21 of his MLAs for holding offices of profit by being parliamentary secretaries. (Recall that famous “sab mile hue hain ji” — all are involved line?) Rawat rescused himself from the case.

Now, facing an onslaught from all directions, the then Chief Election Commissioner, Nasim Zaidi, was quick and persistent with the denial of any wrongdoing in the election process. The EVMs could not be hacked or manipulated, he averred time and again.

In May, Delhi MLA Saurabh Bhardwaj, an engineer-turned-politician, demonstrated at a special session of the Delhi Assembly how an EVM could be hacked. The ‘tampered’ machine showed that eight votes polled in favour of the AAP went to the BJP.

However, the EC rejected the AAP’s claim, saying the machine hacked in the Delhi Assembly was a “look-alike” gadget and not the actual machine used by it.

“It is common sense that gadgets other than ECI EVMs can be programmed to perform in a pre-determined way, but it simply cannot be implied that ECI EVMs will behave in the same manner because they are technically secured and function under an elaborate administrative and security protocol,” the EC said in a statement.

On June 3, the EC organised a “hackathon” and invited all the political parties to come and hack the machines within certain parameters.

Only the Nationalist Congress Party (NCP) and the CPI-M showed interest in participating in the challenge. The Commission brought 14 EVMs from 12 assembly constituencies of Punjab, Uttarakhand and Uttar Pradesh for the challenge. Even these two parties did not attempt hacking and only watched a demonstration of its safety features.

But the spectre of EVM hacking refused to die down with all sorts of conspiracy theories floating in the public domain.

Later, in an exclusive interview with IANS, then CEC Nasim Zaidi confided that in the face of attacks on the EC, he cared least for his personal image and was worried about the image of the institution of Election Commission.

The EC under Zaidi pursued the central government to release funds to purchase the Voter Verifiable Paper Audit Trail (VVPAT) machines that can be fitted with every EVM.

“It is felt that the process of procurement of VVPATs cannot be delayed any longer given prevailing environment,” the Commission said in its letter on March 22.

After a dozen letters, and in the heat of the raging controversy, the government finally yielded and released around Rs 31,000 crore to buy over 1,600,000 VVPAT machines.

With the EC’s assurance that all future elections to state assemblies and the Lok Sabha will be held with VVPATs, the controversy over rigging of elections through EVMs was finally laid to rest.

A VVPAT machine generates a paper slip showing the candidate’s name and party symbol as soon as the voter presses the button on the EVM. The slip is visible for seven seconds before dropping into a box. These slips can be counted in case of a dispute.

However, the EC again had a bad press a few moths later for one of its “unprecedented” decisions. While announcing dates for the Himachal Pradesh assembly polls, it withheld dates for Gujarat. Thus the Model Code of Conduct (MCC) did not come into force in the state as it did in Himachal.

Normally, the schedule of polls in states whose assembly terms end within a month’s span are announced together. But this time around, the poll panel’s digression from the tradition and the set practice raised several eyebrows.

The EC’s neutrality once again came under scanner as Chief Election Commissioner A.K. Joti could not give a credible explanation for his actions and mostly resorted to technicalities in response to a volley of questions from a surprised media.

Joti cited flood relief as one reason for delaying the Gujarat polls. But in 2014, when Jammu and Kashmir had not recovered even partly from the devastating floods, the same poll panel did not feel that relief work would be affected by elections.

The opposition’s allegations and media’s scepticism over the EC’s neutrality gained currency as Prime Minister Narendra Modi announced sops for Gujarat worth hundreds of crores of rupees, including a Ro-Ro ferry service in the 15-odd day window the state got before the model code came into force.

The fact that Joti had worked in Gujarat for a long time in several key positions, including as the Chief Secretary under then Chief Minister Narendra Modi, did not help his case either.

Nevertheless, the BJP has won in Gujarat and the year of controversies is behind us. Wait till 2018 — when eight states go to the polls — and the 2019 Lok Sabha elections for more fireworks on this front.

(Mohd Asim Khan can be reached at mohd.a@ians.in)