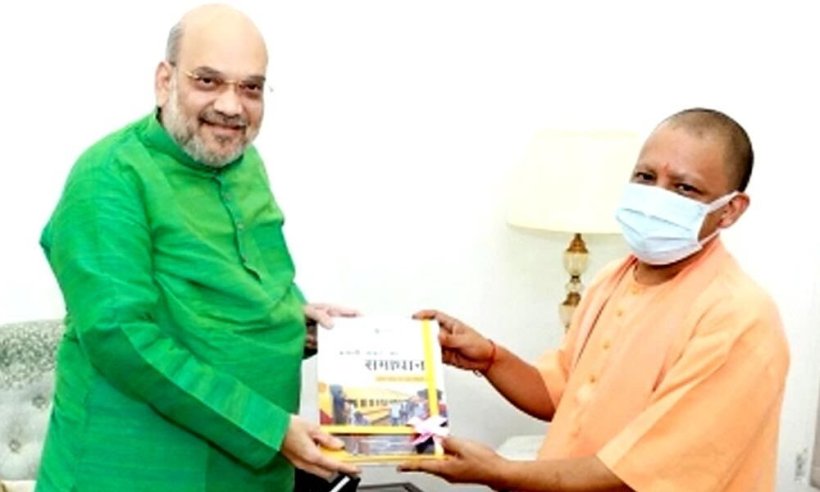 Adityanath’s meeting with Shah lasted for around 90 minutes. Sources said that their discussion revolved around preparations for the Uttar Pradesh Assembly polls next year and possible cabinet expansion or reshuffle in the state.

The BJP’s performance in recent panchayat polls was also discussed and it was decided to focus on electing its members as ‘Zila Panchayat Adhyaksh’ ahead of the polls, sources said.

“In the meeting, the strategy for winning the maximum posts of Zila Panchayat Adhyaksh was also discussed as a BJP member heading it will send a strong message ahead of the Assembly polls,” a source said.

Patel, who was Minister of State in the first Narendra Modi government but failed to make the grade in its second term, is demanding a ministerial berth for herself in the Modi cabinet and a ministerial post for her husband Ashish Patel in the state.

Shah also had a separate meeting with Patel after Adityanath left.

Adityanath reached the national capital on Thursday. He is expected to meet Prime Minister Modi on Friday morning and BJP chief J.P. Nadda in the afternoon.

Preparations for the Assembly elections will be the main agenda of Adityanath’s meeting with the party’s central leadership, sources said.

The sources also said that the handling of the Covid situation during the second wave of the pandemic by the Uttar Pradesh government is also likely to be discussed during the meetings. While the state’s efforts drew flak from the opposition, the BJP leadership had appreciated the works done by the UP government.

Adityanath’s visit to New Delhi has fuelled speculation about the possible changes in the Uttar Pradesh cabinet and in the party structure ahead of the Assembly polls.

“A possible cabinet expansion or reshuffle is also likely to be discussed in the meetings. Changes in the state BJP unit are also part of the agenda in order to strengthen the party ahead of next year’s Assembly elections,” a party insider said.

Talks of changes are doing the rounds for the last fortnight ever since BJP General Secretary, Organisation, B.L. Santhosh and state in-charge Radha Mohan Singh visited Lucknow to review the party’s preparations for the Assembly elections.

The sources also said that the role of former Union Minister Jitin Prasada, who jumped ship from the Congress to the BJP on Wednesday, will also come up during Adityanath’s meetings with the central BJP leadership. A well-known Brahmin face in Uttar Pradesh, Prasada is son of late Congress leader Jitendra Prasada-IANS

Situation in Nagaland critical but under control: Amit Shah